The Mexican born Frida Kahlo was a woman of the world…a revolutionary. Unlike most women of that era, Kahlo was a wife who did not hold her tongue, a feminist prior to the feminism movement, an activist before women dared to share their view on politics and a brilliant artist in her own right. 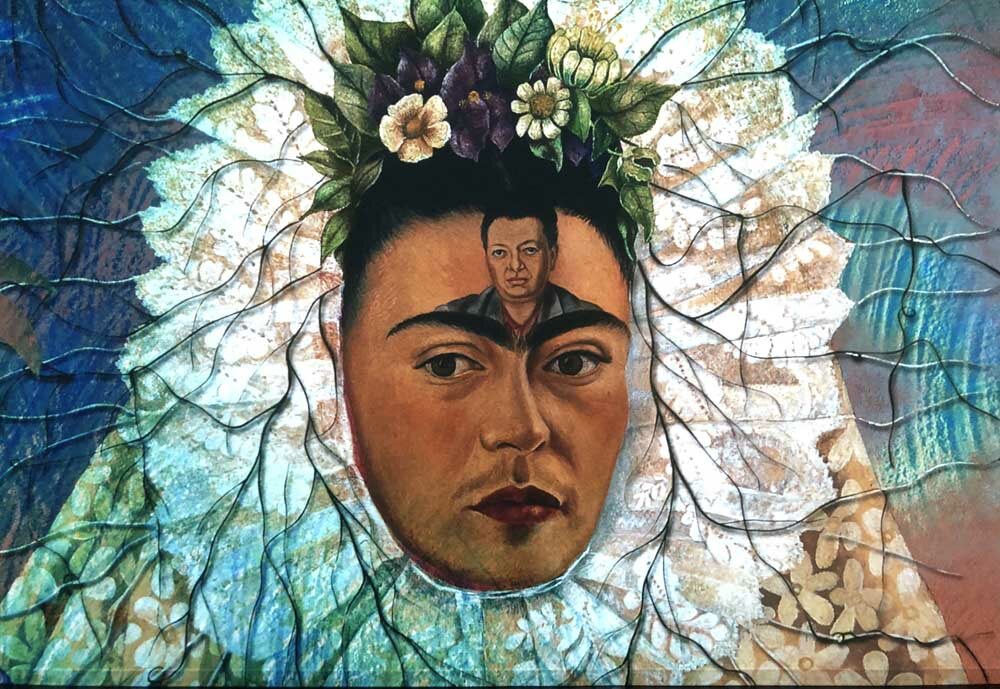 Lighthouse Immersive, Impact Museums, along with mastermind Massimiliano Siccardi – the team from the popular “Immersive Van Gogh Exhibit” celebrate this icon with “Immersive Frida Kahlo: Her Life. Her Love. Her Art.” The show opened on March 31, 2022 at the same site as their Van Gogh Exhibit – the old Amoeba Records building on Sunset. 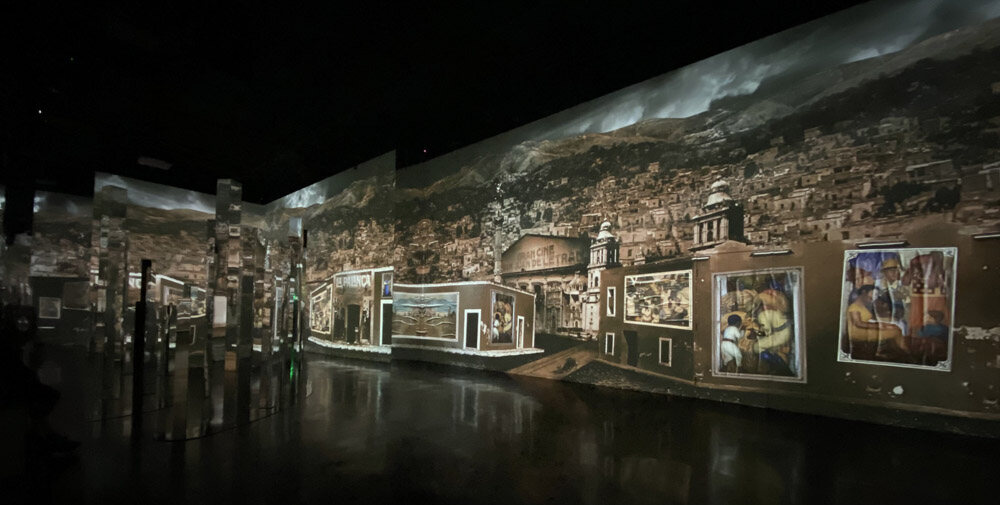 Married to the prominent muralist Diego Rivera, Kahlo did not receive the same accolades as her husband and other male counterparts of her day. Since her death however, her fame has surpassed most of the others.

The artist, who was riddled with medical ailments, suffered from polio as a young child. Then at the age of eighteen, she broke her spine in a near fatal traffic accident on a public bus. Despite her extreme health challenges, she powered through her pain and created astonishing works of art, until she died at just 47 years old. Kahlo created many self portraits, but would not allow herself to be put into a box. She refused to consider herself a surrealist or a realist, and continued to re-invent herself as an artist. 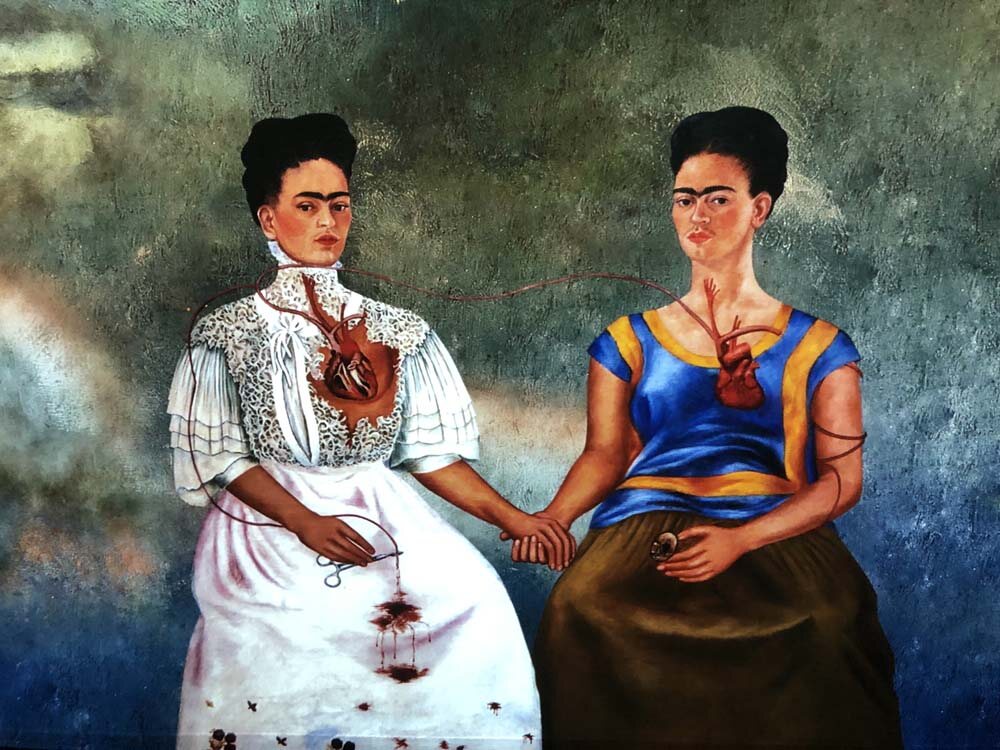 The 55,000 square foot space allowed for massive projections of Kahlo’s artworks, and included well-known pieces such as “The Two Fridas” (1939), “Self-Portrait as a Tehuana” (1940), “Frieda and Diego Rivera” (1931), “The Wounded Deer” (1946), and many others. The latter work depicts a haunting scene featuring a deer with arrows plunged into its body. If you are not familiar with this painting, the deer which represents the artist herself, has the artists head. This exhibition takes this well-known visual one step further, with slight movements from the deer, creating even more empathy. Motion graphics, such as subtle hand gestures, eyes that blink, smoke coming from Fridas lips after smoking a cigarette, etc., added to the immersive experience.

The looping video projections, which surround you on all sides at times, contain not only works from Frida but also images of her husband Diego’s art, the Mexican War, the streets of Mexico, as well as other scenes which create a commentary on the social plight of the day. Both Kahlo and Rivera were political activists, so this was a big part of her life story. 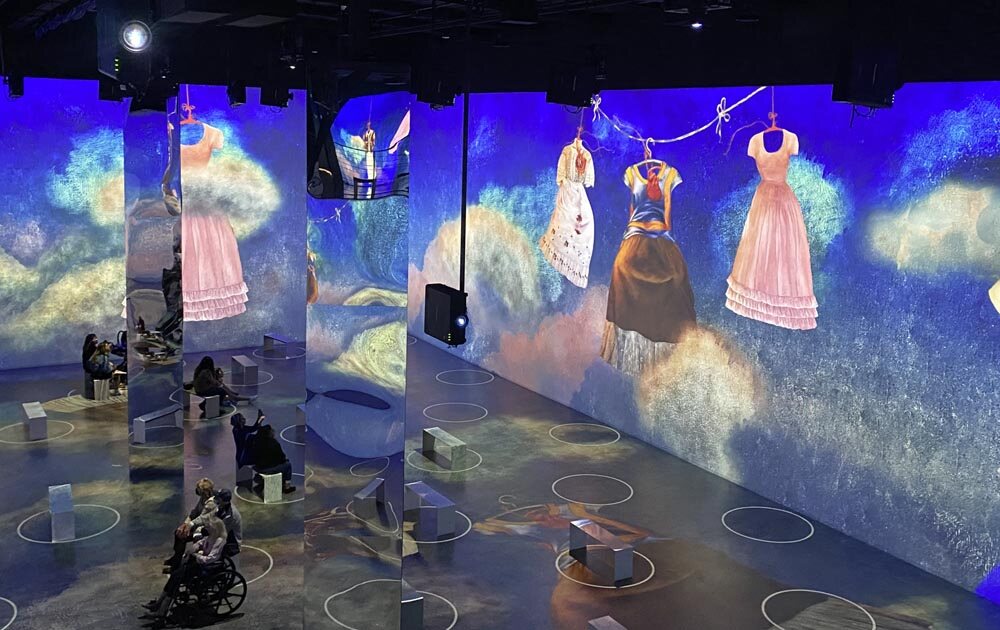 If you appreciate and admire the artwork of Frida Kahlo, this is a must-see exhibition. This 360-degree immersive art experience uses state-of-the-art technology and offers a one-of-a-kind look at the artworks of this icon.