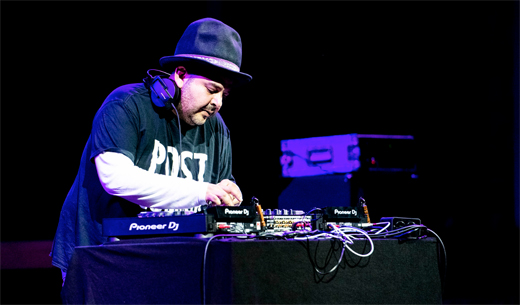 From the moment the evening began with Mexico City-based Mexican Institute of Sound (MIS), the crowd went wild! MIS is an electronic music project created by DJ and producer Camilo Lara who opened with a DJ set of vintage Mexican pop and dance records from the ’20s through the ’60s mixed with modern loops and beats. His resume includes collaborations with Morrissey tribute act Mexrissey, Beck (Wow) and the music for Disney-Pixar’s Coco. In addition to releasing five albums, his new single “Voy Cruzanzo El Rio” is a collaboration with the Catalan Artist, Joe Crespusculo.

Monterrey, Mexico-based Kinky, whose members include Gilberto Cerezo, Ulises Lozano, Carlos Chairez, Omar Góngora and Cesar Pliego were an amazing and energetic force on stage. Their dynamic set lit the place up with songs like their latest single “Loco” from music off of their fourth studio album, “Nada Vale Más Que Tú” which earned them a Latin Grammy nomination. We were standing and dancing at our seats the entire time as practically everyone else in the audience! 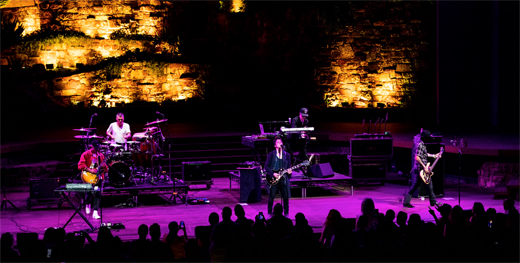 Kinky has performed all over the world including Coachella, KCRW’s World Festival and Austin City Limits to name a few, as well as six times at the prestigious Festival Vive Latino. They have also appeared on David Lettermen, Jimmy Kimmel and Craig Ferguson, and have toured with The Flaming Lips, Beck, Nora Jones, Shakira and numerous others. Their music has been featured in many film soundtracks, video games, TV series and commercials. I loved seeing Kinky at the Hollywood Bowl but enjoyed them even more this time at The Ford – with the stage nestled in front of a canyon that is in the Cahuenga Pass, the view was spectacular, the colors and light show vibrant, and along with this incredible music, made for a magical, intimate and very memorable experience. I can’t wait to go back!

The Ford Theatres will be hosting performances through Nov. 8, 2019, plus Lease events, and Jam session. Admission varies – be sure to visit the website for a full schedule with ticket prices, etc. The Ford Theatres, 2580 Cahuenga Blvd. East, Hollywood, CA 90068; https://www.fordtheatres.org/