In a hyper-digital age where being human has been more and more transported into ephemeral pushes of graphical buttons to be forgotten amidst oceans of media creation, Chris Madans responds in a thrillingly ingenious manner. In this exhibition at First Independent Gallery, she subtlety offers a rebuking counterweight, swaying like a lethargic pendulum the subjective viewer’s appreciation of the world back towards its analog reality. 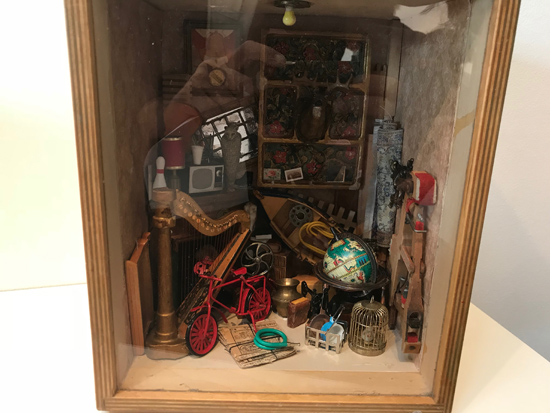 Many “organic sculptors,” we may call them, have reacted similarly. They draw upon the wonder of human creation and even further the natural goodness of such effort. Indeed, perhaps as a further balance away from the conditioned effortlessness of socializing and shaping the present is the ferocious, almost defiant proclamation of the meticulousness of the efforts of carving each diorama (in the instance of Madans). It ignites a sense of astonishing wonder at the feasibility of human ability. Indeed, we may plausibly consider the digitization of reality as an extension of our synthetic historical condition. How much of our material life is shaped by mass manufacturing? Of machine work rather than human work like eons before? Madans then provides a breath of fresh air that was not realized to be needed.

The best representation of this relief is found in her Losing the Battle of Mind Over Matter. It is an elegant demonstration of her vindication of the human potential. That, material possessions are a dominant presence in the everyday. It is a stunning paradox, one we are fortunate to possess if we were to imagine the envy of human ancestry. And yet, each of these possessions is inanimate. They are dead. Yes, they tell a story of a life, but they are merely complimenting living. Life itself is the thing to prize and to cherish. There is no need to let dust accumulate over things which have now become obsolete. So why then are they kept? 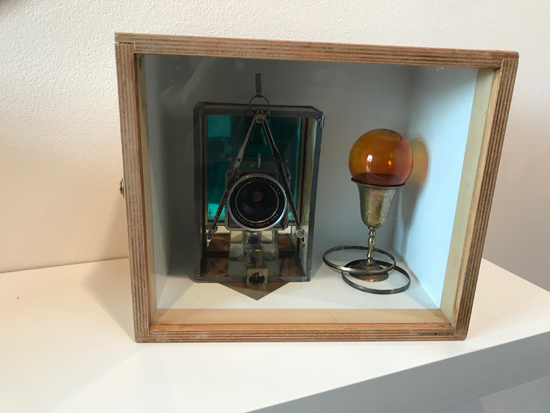 Why has decaying matter, a Platonically inferior world to possess, become sacred? Why does Madans provide such a profound recollection on the dignity of the human spirit? For very plainly, as Eric Voegelin wrote, “the price of progress is the death of the spirit.” There is greater certainty in possessing the world than there is in imagining the value of the intangible attributes of being human. The former can be liquidated, assuring the prevention of ostensibly meaningless suffering; the latter cannot – it is priceless. And astonishingly, the championing of the sacred is a call of renewal of the natural and not the artificial as Madans accomplishes – a grounding of the human condition away from contrite solipsistic machinations towards the boundless divine. What is real is eternally beyond what is human, yet it is grasped through the appreciation and dignity of the human spirit. The exhibition will remain on view through September 8, 2018 at FIG, Bergamot, 2525 Michigan Ave., D-2, Santa Monica. http://www.figgallery.com/