ur Pick of the Week….takes place at the G2 Gallery on Abbot Kinney. Having spent years scuba diving (over 86 dives) all over the world, I am always inspired by the spectacular underwater images of photographers Chris Huss and Mark Strickland.

The G2 Gallery has lots to celebrate tonight. Two new exhibitions open…”Snails to Whales,” An Underwater Photography Exhibition 40 Years in the Making and “Nature OC: Ludo and Barbara Leideritz.”

The reception will also celebrate the seventh anniversary of The G2 Gallery, which opened in March 2008 under the ownership and philosophy of Dan and Susan Gottlieb, as well as Director Jolene Hanson. This gallery’s mission of giving back to our planet through exhibitions, via public awareness and donations, etc., has been its number one priority…I love this gallery. 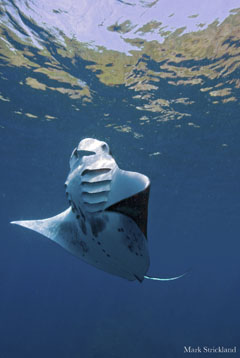 “From Snails to Whales” is a vast exhibit featuring images from Chris Huss and Mark Strickland that span four decades of underwater photographic expeditions. This is the second show from Huss and Strickland at The G2 Gallery following their popular 2013 State of the Sharks exhibition. Snails will serve as an expansion of their initial idea in Sharks, which was to stir public awareness of underrepresented marine life; in Snails, that spectrum of marine life is massive. As with Sharks, the show was created to celebrate the beauty and diversity of the ocean environment and its inhabitants.

“As divers, we’ve seen ecosystems change and species appear and disappear,” says Huss. “We wanted to create an exhibit that would highlight the marine biodiversity that is so important to maintain.”

With more than 50% of the planet’s oxygen coming from oceanic plants, there is a great need to alert public awareness to conservation beyond saving the rainforests, which is what most people tend to focus on. While 12% of the earth’s land is legally protected, only 1% of the oceans have any protections. From Snails to Whales aims to change that.

Since the exhibit draws on nearly 40 years of photography, many of the images cannot be replicated today. Localized extinctions and changing patterns mean that certain species are not found in the places Huss and Strickland photographed them in years ago. The show tackles this difficult issue with hope and positivity.

“It’s easy to get mired in the d 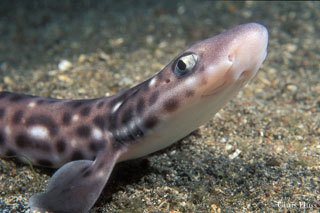 oom and gloom of it all,” says Strickland. “But there’s reason to be optimistic, as real progress is happening with public awareness and actual protection for marine habitats. Just last year, the U.S. created the world’s largest marine reserve, protecting nearly 490,000 square miles in the central Pacific—an area roughly three times the size of California.”

The exhibit will be divided into geographical areas: Coral Triangle, Caribbean, Southeast Asia, South Pacific and Temperate Eastern Pacific. Each area will be illustrated using a combination of a photo collage, several large prints and images on iPads. The iPads will display additional images to further illustrate the biodiversity for each area, as well as provide descriptions of the animals and information on the ecological makeup of the area.

“We want people to walk into this visual feast of images and then get hooked into the conservation aspect,” says Huss. “We want the viewer to feel as they’ve discovered something on their own.”

Strickland adds, “As much as this exhibit may feel cumulative because of how many years went into it, the work itself is ongoing…there is no ‘our work here is done.'” 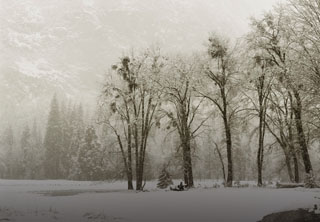 This will be the second installment for “Nature OC: Ludo and Barbara Leideritz” as part of G2’s Nature OC series, the exhibit features platinum gelatin prints from the husband and wife owners of Forest & Ocean Gallery in Laguna Beach.

Admission is $10 at the door and includes wine, hors d’oeuvres and complimentary valet in front of the gallery. All proceeds from admissions will be donated to WildAid. RSVP to rsvp@theg2gallery.com.