Skip to content
Pick of the Week…Echo Park Rising is Back for its Sixth Annual Event August 18-21, 2016!

Our Pick of the Week is Echo Park Rising. Thursday (August 18), kicks off the sixth annual music event, which has expanded to include more venues and features (for the first time) a family stage on its four-day run Aug. 18-21. Chicano Batman, La Luz, the Weirdos are among the dozens of bands playing along with other local L.A favorites performing are The Frights, Harriet Brown, Meatbodies, Mind Meld, Part Time and L.A. Drones.

The outdoor main stage at the intersection of Liberty and Reservoir will transform into a street festival destination with viewing areas, craft beer gardens, vendors and food trucks. This year’s festival welcomes two new performance venues, The Semi-Tropic and The Whisperer, both will host hand-picked lineups.

The weekend of Echo Park Rising is, for most businesses in the area, the busiest weekend of the year, with 10,000 guests per day and growing in popularity each year. In addition to the lineup of artists performing, shops, galleries, restaurants come together to celebrate the vibrancy of this eclectic boulevard.

Echo Park Rising was created by the Echo Park community as a pop-up impromptu street fair after the 3-decade-old Sunset Junction was shuttered by city officials. The result was a new kind of celebration, one that participants said better mirrored the spirit of the community by creating an open environment to build upon a thriving community celebrating the efforts of the innovative businesses, local eateries, artists and musicians that call Echo Park home. 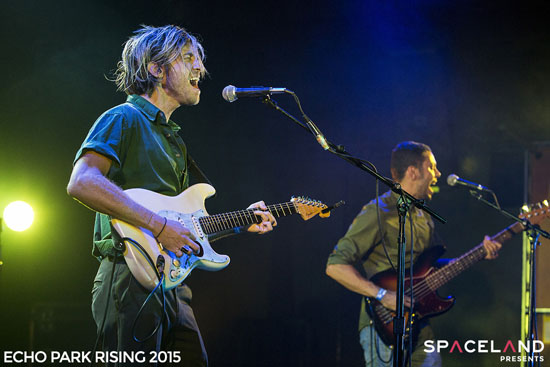 Echo Park Rising neighborhood festival is presented  by the Echo Park Chamber of Commerce and produced by Spaceland Presents.

Check the website for a full schedule and venues – the events happen all over. Stages are set up at Echo Park Aven and Sunset, the liberty stage plus throughout the neighborhood at music venues and local business (the Echoplex, Echo patio, Ltttle Joy Cocktails, the Lost Room, the AHolloway, the Whisperer, etc.)

What: Echo Park Rising
Where: All over Echo Park
When: All day and night
Website: http://epr.la