Skip to content
On View Now at bG Gallery, the Work of Hadiya Finley Featured in Group Show! 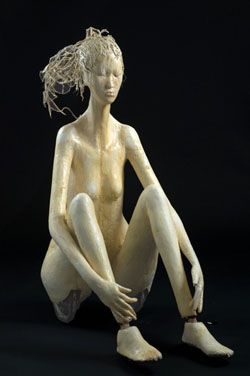 Owner and gallery director Om Bleicher created bG Gallery four years ago, because he felt many talented artists were being overlooked. The gallery has become a nurturing space to spotlight emerging and established artists.

Bleicher has invited guest curator Douglas Alvarez to continue with the second half of the exhibition series. Starting with “Objectified,” which focused primarily on inanimate objects, “Objectified II” brings it to another level, which will include both people and animals. 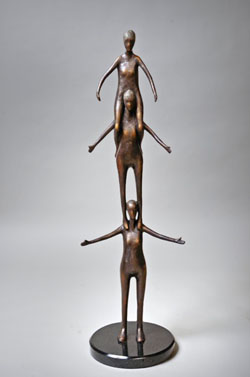 Bleicher explains, “There is a lot of variety in their disciplines from highly academic to low-brow; the theme of the exhibit ties them together in a very interesting way.”

When asked what Bleicher looks for when selecting art for his gallery, he says, “Good work is the interaction between skill, thought/innovation and expression and an extreme ability in one of these areas.”

I had the chance to interview Finley about her process. “My process is organic,” says Finley. “Some pieces evolve from other pieces, which have been cut up, bent and altered, combined with other materials. They can develop slowly as in making them I am told what to do next.” 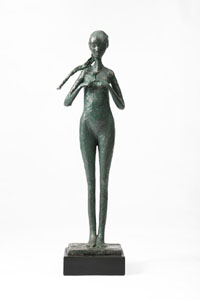 The sculptor starts the process with clay or wood. An original form is modeled of which a mold is then made to create the piece in wax, which will later be used for bronze, paper mache, or resin. She then carves, cuts and sands her sculpture to create the desired effect. Many of her sculptures celebrate the female form.

“The joy of making sculpture comes essentially from finding the relationships of the forms,” says Finley. “Though my work is representational the formal aspect is all important. 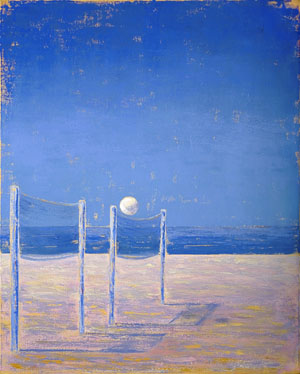 The show will remain on view through July 4.