Skip to content
All Performances Now Canceled: The Ahmanson, “A Christmas Carol”

Attention: All performances are canceled are now canceled; Despite robust measures adhered to by Center Theatre Group/Ahmanson Theatre, breakthrough COVID-19 cases have been detected within the Los Angeles company of “A Christmas Carol” necessitating the cancellation of all performances for the health and safety of attendees, cast and crew.  Ticket holders will be contacted.

The Ahmanson 2021/22 Season began on November 30, 2021, with the Old Vic’s magical interpretation of the five-time Tony Award® winning play “A Christmas Carol.” “The season includes Hadestown, Dear Evan Hansen, and Everybody’s Talking About Jamie—coming straight to the Ahmanson off its critically acclaimed run on the West End— we can’t think of a better season to celebrate a return to live theatre. The show runs through January 1, 2022.

Three-time Emmy winner Bradley Whitford (“The Handmaid’s Tale,” “The West Wing,” “Get Out,” “The Post”) will play the role of Ebenezer Scrooge in the magical new interpretation of Charles Dickens’ timeless story, “A Christmas Carol.” Adapted by Tony Award winner Jack Thorne (“Harry Potter and the Cursed Child”), the show was originally directed and conceived by Tony Award winner Matthew Warchus (“Matilda”).

Bradley Whitford can currently be seen in the fourth season of Hulu’s acclaimed series, “The Handmaid’s Tale,” in his Emmy Award-winning role of Commander Joseph Lawrence. He is known for his work in the Academy Award-nominated films “Get Out” and “The Post” and will soon be seen in Lin-Manuel Miranda’s “tick, tick… BOOM!” He is currently filming “Rosaline” with Kaitlyn Dever and executive produced the documentary, “Not Going Quietly,” which is currently in select theaters. Whitford is represented by ICM Partners and Greenlight Management. 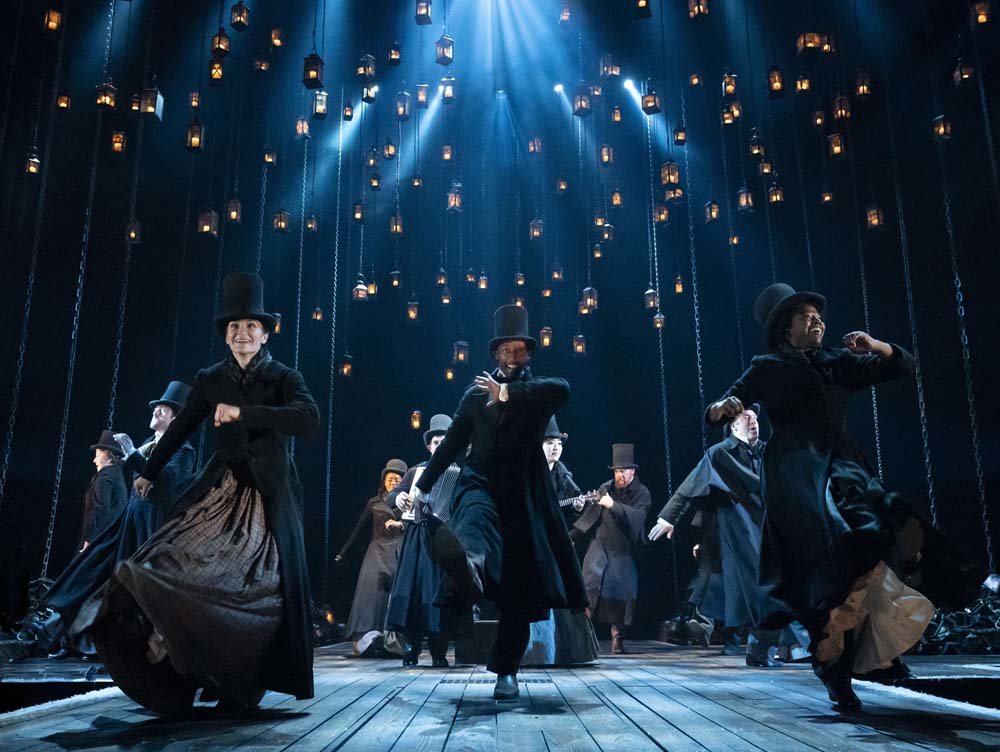 As of the printing of this post, CTG currently plans to require all audience members to provide proof of vaccination or a negative COVID-19 test within 72 hours of attendance. CTG will be announcing further details, including methods of confirming vaccination records or negative test results closer to the Ahmanson’s re-opening date in November 2021. These health and safety measures are subject to change, at Center Theatre Group’s sole discretion and based on evolving health and safety guidance and conditions. CTG will continue working closely with The Music Center and L.A. County officials to ensure they are following all applicable health and safety protocols. Additional information about The Music Center’s safety plans, including its recent upgrades to all HVAC systems, is available at MusicCenter.org