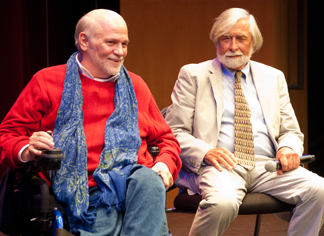 aturday’s night’s celebration of Ron Kovic was a powerful tribute to honor the Vietnam veteran and peacemaker, who has been a campaigner for peace over the last 40 years. It took place on International Day of Peace Celebration on September 21st at the Capshaw-Spielberg Center for Educational Justice in Santa Monica.

The evening’s festivities included live music and prominent speakers like director, Frank Cavestani, who showed excerpts from his film, Operation Last Patrol (1972), which documents Kovic’s historic cross-country trip, from Los Angeles to Florida, to protest the Vietnam War at the 1972 Republican National Convention. 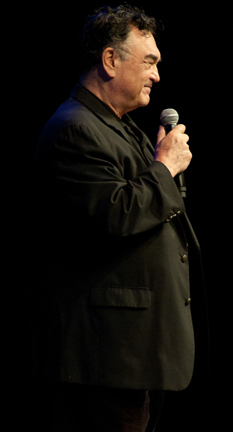 The evening concluded with a moving presentation by legendary journalist, Robert Scheer who presented Kovic with the first MY HERO Messenger for Peace Award.

Scheer called Kovic “a great orator” and “an American hero.”  When accepting the award, Kovic thanked the audience, and The MY HERO Project, and urged the crowd to use truth to take a stand against violence. He then asked everyone in the audience to join him, with the other speakers on stage, to sing a poem, A Dream of Peace, that we were given when we entered the theatre. It was a beautiful way to end the evening – the love that filled the room was palpable.