Skip to content
Mirza Davitaia Finds His Way Back to Art!

Mirza Davitaia has always shared an unwavering connection with his art. At just thirty-nine years old, he has held prominent positions in diverse fields, yet his art has remained a constant throughout his life. Raised in Georgia (situated at the crossroads of Western Asia and Eastern Europe), Davitaia served as a member of Parliament, Chairman of Parliamentary Committee, Deputy Minister of Culture and Monument Protection, as well as the State Minister of Diaspora Issues. 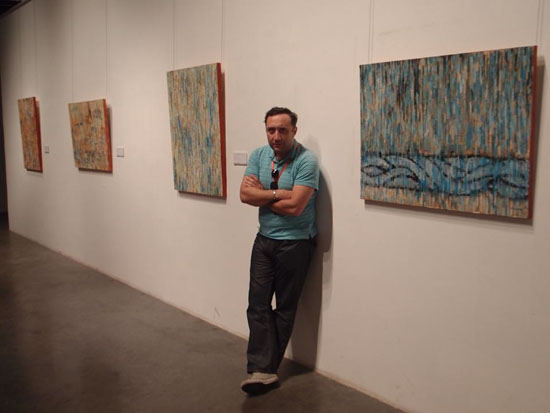 From 1994 through 2013, Davitaia was also a busy TV/film producer traveling between Germany, Georgia, and the United States (NY and LA). Starting with music videos and commercials, he went on to produce a documentary Misha vs Moscow with NY based director John Philp. He is best known for producing 5 Days of War, directed by Renny Harlin and starring Val Kilmer and Andy Garcia. He was also the executive producer of Jacky in the Kingdom of Women. All the while, he yearned to get back to creating art. Today, he devotes all his time to art. He owns an art gallery located in Hollywood (M.D. Art Studio Gallery, 7952 West 3rd Street, L.A., 90048), which offers art instruction in addition to hosting gallery exhibitions. http://www.mdartstudio.com/

The son of an established artist, he was raised surrounded by creativity. Davitaia spent countless hours tooling around his father’s art studio…watching, learning, and creating his own art with help from several studio assistants. At ten years of age, his parents sent him to an art school for a classical art education. He went on to apprentice with various well known artists and attended Tbilisi State Academy of Art. Sculpture was the first type of media to catch his eye. Later, painting became his main focus. He continues to work in oil, acrylic, watercolor, ink, and collage.

Davitaia said he creates on a daily basis. Sometimes it’s painting; other times it’s sketching, taking photos, or working on new ideas. “I have periods when I work in one or two mediums simultaneously,” explained Davitaia. “After a while…when I exhaust one particular idea, I move to another series or medium.” He went on to say that he does not wait for inspiration, but often it occurs unintentionally. 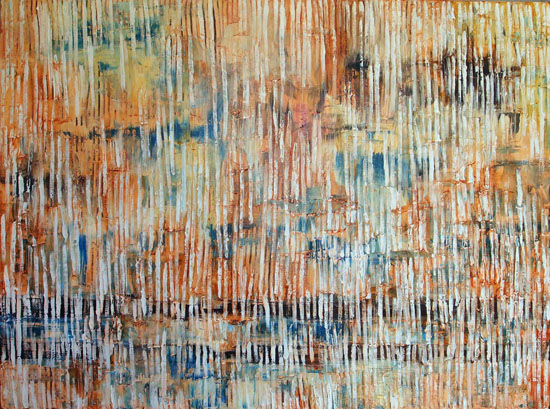 His recent Rain series was unconsciously inspired by his childhood memories of summer weekends at his grandmother’s house in a small village in the western part of Georgia. Davitaia recounts the story beautifully in his blog.

“In the room where I slept next to the bed on the wall – hung an old rug. It was beautiful. It had some strange shapes and colors of the ornaments that kidnaps a child’s imagination and, takes him somewhere far away, to some fairy worlds.” He continues (per his blog), “Years passed and one day my grandmother sat me to her side and told me the story of how she had purchased the rug. It turns out that, in fact, it was in Tbilisi during the Second World War period. She said that it was very expensive, but she liked it so much that she had to spend all the savings she had to acquire it. Anyway she did it. ‘I want to gift this rug to you, and if you need money for some good purpose, only in this case you can sell it and use the money,’ she said.” (end of blog)

Later, he found out the true value of this seemingly ordinary Shirvan rug, which was much more than anticipated. It afforded him the opportunity to attend the prestigious Academy of Fine Art in Nuremberg,Germany. He said he knew his grandmother would have approved. It was years later that he would realize his grandmother gave him a two-fold gift…one of her most prized possessions and also the inspiration to create his Rain series. To read more about the rug story, see Davitaia’s blog. http://mirzadavitaia.blogspot.com/2015/04/eternal-east.html 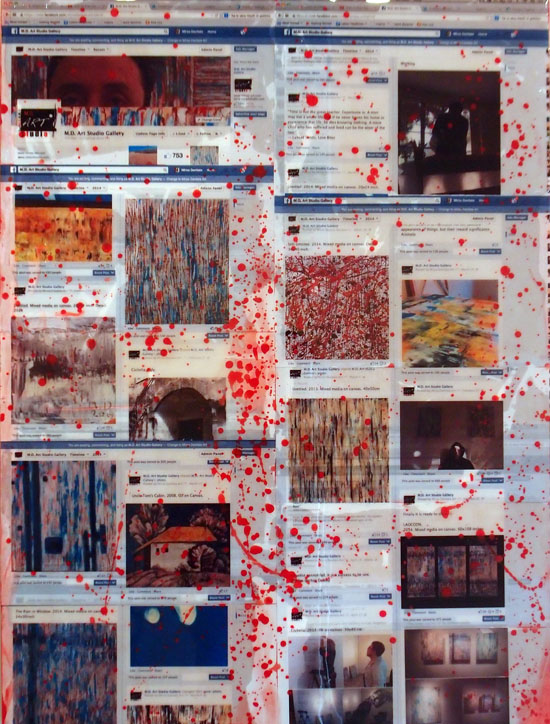 The artist is currently working on a new series, which he has dubbed Social Netism. He explained…”Once post modernism has ended, social netism should begin. As we all know, social media is penetrating all aspects of human life: from private and business to politics…it enables each of us to be more actively involved in the processes and influence them. We spend multiple hours of our everyday life in social media.” Davitaia had the chance to witness first hand the power of social media during his time serving with the Georgian government. “I have closely observed and studied the phenomena of Arab Spring and Kiev’s Maidan and the decisive role of social media on those events and many others. Thus, I have decided to make social media a main topic of my new art series.” Social Netism is an interactive series, allowing the viewers and their comments (via social media) to become an integral part of the artistic process.

Become an interactive part of Davitaia’s new series by posting on his FB page here – https://www.facebook.com/mirzadavitaia.art 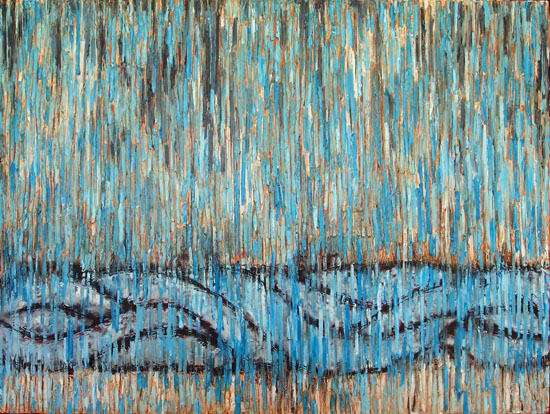 See image: Photo courtesy of Mirza Davitaia, Spirit Rain, oil on canvas, 2014, 30 x 40 inches, (currently in the permanent collection of Ningbo Museum of Modern Art-China)
His art has been exhibited at the National Museum of Georgia, the Museum of Visual Art in Russia, as well as a solo show in Nuremberg Germany. His most recent museum exhibition was a group show in 2014 at the Ningbo Museum of Art in China. The museum acquired one of his paintings (the only work chosen from the group show), titled Spirit Rain, for its permanent collection.

Davitaia continues to create and be inspired by the world around him. When asked if he misses his political career, he answered, “No, I don’t. I think it is not necessary to be in politics in order to deliver political statement. I still am and will in the future deliver my political ideas through my art and movies.”

To find out more about the art of Mirza Davitaia or to read his blog, visit www.mirza-art.com