Skip to content
On View Now: VICA / The Loft “Edge to Edge”
The Venice Institute of Contemporary Art (ViCA) presents “Edge to Edge” at its new gallery space. The exhibition opened the first week of May and will remain on view through June. “Edge to Edge” is an interdisciplinary exchange of art and ideas from one cutting edge of Western culture to the other – from the Southern California/Los Angeles basin to Estonia and the Baltics. 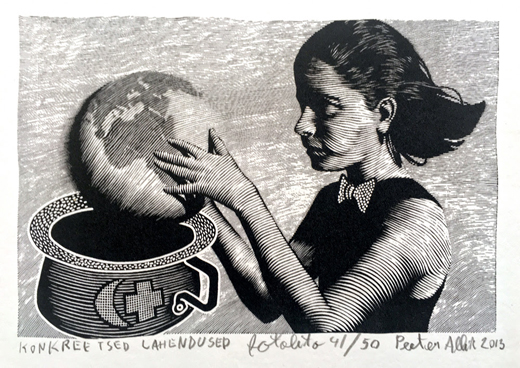 Renowned artists from Southern California and Estonia have been selected for the exhibition to begin at ViCA’s galleries in Los Angeles, then travel to Estonia with dates and venues to be announced throughout the Spring. Estonian artists included in this show are Toomas Kuusing, Al Paldrok/Anonymous Boh, Taje Tross, Tönis Laanemaa, and Peeter Allik, Leonhard Lapin, Raul Meel, George Koll, and Serge Koll. Work from U.S. artists include Bradford J. Salamon, Doug Edge, Cosimo Cavallaro, Sonja Schenk, Gloriane Harris, Robert Nelson, Catherine Ruane, Roman Traexler, Lil’ Mikey Coleman, William Turtle and others from both Estonia/Baltics and the U.S. to be announced.

The exhibition and special events will provide cultural exchange to promote progress, activism, free speech – finding common ground, new ways of seeing and expressing their views to the world at large. This exhibition is especially prescient, as Estonia, along with other Baltic states, celebrates its 100th anniversary of independence following their emergence as free, democratic countries in 1918-19. A catalog will be published following the exhibition.