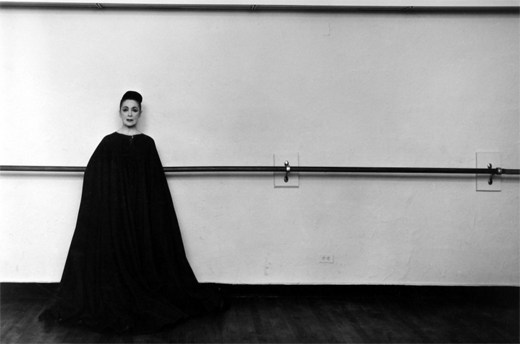 Arnold Newman is one of the most influential portrait photographers of the 20th century. The exhibition of works from the 1940s through the 1970s will present a selection of Newman’s finest, most nuanced prints including striking portraits of artists Marcel Duchamp, Martha Graham, David Hockney, Willem de Kooning, Louise Nevelson, Isamu Noguchi, Georgia O’Keeffe, and Diana Vreeland. Newman is generally acknowledged as the pioneer of the environmental portrait. He spent time exploring the essence of his subjects, finding the best environment to express who they were, and integrating them with their work into compositions that referenced the work. He structured his own visual language, setting up photographs with jaunty geometric grace and inventing visual elements where none existed thus adding complexity and depth to his portraits. His sense of tension, rhythm, and balance, guides the eye through his command of composition.

In 2018 Radius Books celebrated the centennial of Newman’s birth, with the release of their stunning hardback book, Arnold Newman: One Hundred. The book is available for purchase through the gallery (while supplies last) for $60. 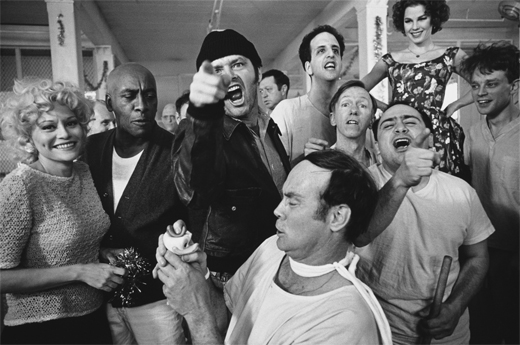 Mary Ellen Mark, The Cast of One Flew Over the Cuckoo’s Nest posing for their photograph on location at the Oregon State Hospital, Salem, Oregon, 1975, Silver Gelatin Photograph, 12 9/16 x 18 5/8 inches, Stamped and numbered verso, Print Made Later

The exhibition surveys highlights from many of her series including Indian Circus, humorous and bizarre shots of performers and contortionists and their animals from India’s liveliest circuses. Selections from Twins explore siblings at the Twins Days Festival in Twinsburg, Ohio. Images from Mark’s work for LIFE magazine about the Damms, a homeless family in California, express the grim reality of survival on spare change and welfare checks. Also on view will be work from Streetwise, which portrays homeless and troubled youth in Seattle.