Enjoy some art at LACMA, here are just a few of my faves…

“Archibald Motley: Jazz Age Modernist” presents a full-scale survey of one the most important artists of the Harlem Renaissance, featuring the painter’s visual examination of African American culture during the Jazz Age. 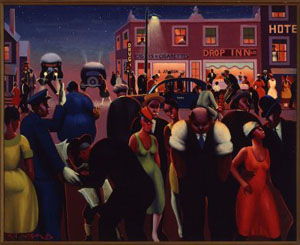 s entire career, including periods in Chicago, Paris, and Mexico. Motley received his formal training at the School of the Art Institute of Chicago, and went on to create strong and somewhat solemn portraits of his community, as well as vividly hued, lively scenes of crowded dancehalls that reflect the colorful spirit of the Harlem Renaissance. The exhibition features a number of paintings depicting the black communities of Chicago and Paris just before and after the Great Depression, and concludes with introspective moments of quotidian life in Mexico, made during the artist’s travels during the 1950s. 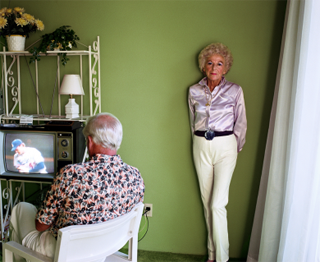 he exhibition includes more than 200 photographs ranging from Sultan’s conceptual and collaborative works of the 1970s to his solo works in the decades following. Sultan never stopped challenging the conventions of photographic documentation, exploring themes of family, home, and façade throughout his career.

The work of German artist Thomas Demand (b. 1964) achieves a disquieting balance between the convincingly real and the strangely artificial. Initially a sculptor, Demand first took up the camera to record his ephemeral paper constructions. In 1993 he began making constructions for the sole purpose of photographing them. Starting with an image culled from the media, Demand builds a full-scale model using colored paper and cardboard, photographs the scene, and destroys the model. 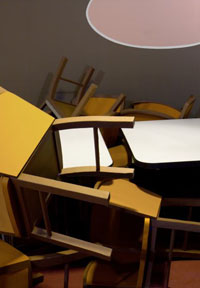 Pacific Sun—made in Los Angeles while Demand was a Scholar in Residence at the Getty Research Institute—derives from security-camera footage, circulated via YouTube, of the chaos inside a cruise ship weathering a storm in the South Pacific: chairs, tables, bottles, cartons, and people careened as the ship lurched. Intrigued by these complex movements, Demand decided to re-create the video, minus the people, by constructing and animating a life-size paper model. The soundtrack, created after the film’s completion, evokes tumbling objects and the rolling sea. Pacific Sun is an ambitious and provocative work examining society’s willing acceptance of mass-media imagery as a substitute for actual experience. Projected at full scale, Demand’s film immerses viewers in a moment that, while seeming familiar, is totally fabricated.

This exhibition is included in General Admission.
Join now and see it free, or reserve a ticket.

“Christine Corday: Protoist Series, Selected Forms” is the artist’s first solo presentation at an American museum and the culmination of her work replacing the paintbrush with the heat of a plasma torch. Corday coined the term “protoist” to describe forms in and out of a solid state, and a series of works in which she aims to suspend the moment between sensory perception and definition. 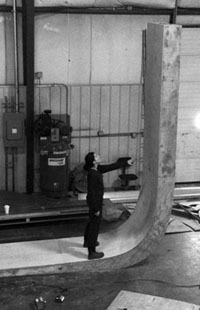 Corday draws on her diverse studies in astronomy, cultural anthropology, chemistry, and the science of sensory perception, and her sculptures possess an archeo-astrological quality, as if they were left behind and unearthed. The two artworks on view in the exhibition, UNE and KNOUN, exist as recording devices; every handprint that touches them will appear over time as rust, mapping an intimately individual yet shared public surface.

As a painter, Corday created her own tar-like paint mulled from raw pigment and synthetic polymers, applying it with large hand-made tools and brushes. Her early works featured abstract forms and a stark palette. Later, after living and working in Japan and Spain, Corday’s work evolved, as her large forms began to reveal further dimension. With experience gained from an astrophysics internship at NASA Ames Research Center, she intensified her mark-making through heat, utilizing a 35,000˚ F plasma torch. Corday’s approach, manipulating matter in and out of different states, produces resulting forms that catch and collect the presence of the viewer’s hands and perception, bringing collected memories to the surface.

This exhibition is included in General Admission.
Join now and see it free, or reserve a ticket.