Skip to content
huZ Galleries Celebrates the Art of Olympio! 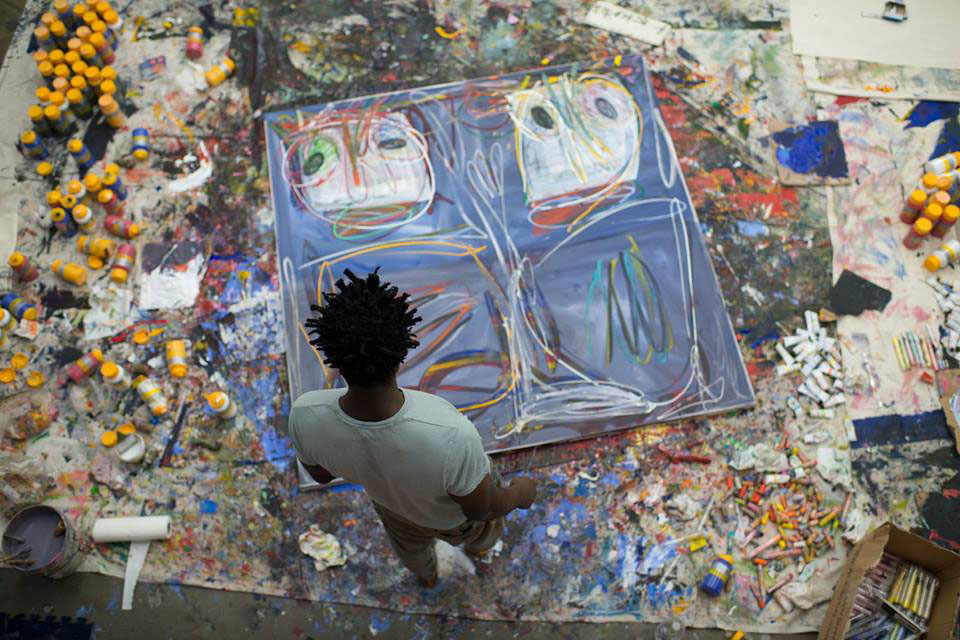 has always been with Olympio; it’s as familiar as breath. As a boy growing up in the city of Lomé in Togo, West Africa, Olympio ran along streets that showcased crisp new buildings juxtaposed with dilapidated slums. Inspiration coxed him to discarded scraps along roadsides and town garbage piles where, for hundreds of years, mothers had thrown out cooking pots, old clothes, and strips of roofing. Among the petrified garbage, he hunted for fragments to compose his sculptures. To him, it was like wandering the sinuous paths of an outdoor antique show. He gleaned rusting metal and illegible old books, pages stuck together in clumps; He treasured things such as single worn-out leather sandal that had endured a decade outside rained on and baked by the sun—painted by the elements and time.

As his style shifted from sculpture to painting, he strode the markets near his neighborhood to buy hefty burlap sacks of ocher in earthy reds and browns. A hundred thousand years ago an African painter would have pressed his thumb into these soil pigments and arched it along the inner walls of a cave to create an antelope’s antler. Olympio works with materials he wants to touch: powdery ocher pigment, fabric, dust.

In his early 20s in the coastal city of Lomé, he would ride his motorcycle in the warm air—salted by the Atlantic. He’d watch the sky slip from blue into rich oranges and burnt reds. The expansive blue blooming into spicy gingers and cayennes evoked his next style; these colors captured him and drew forward the pieces that that brought him to Paris galleries. 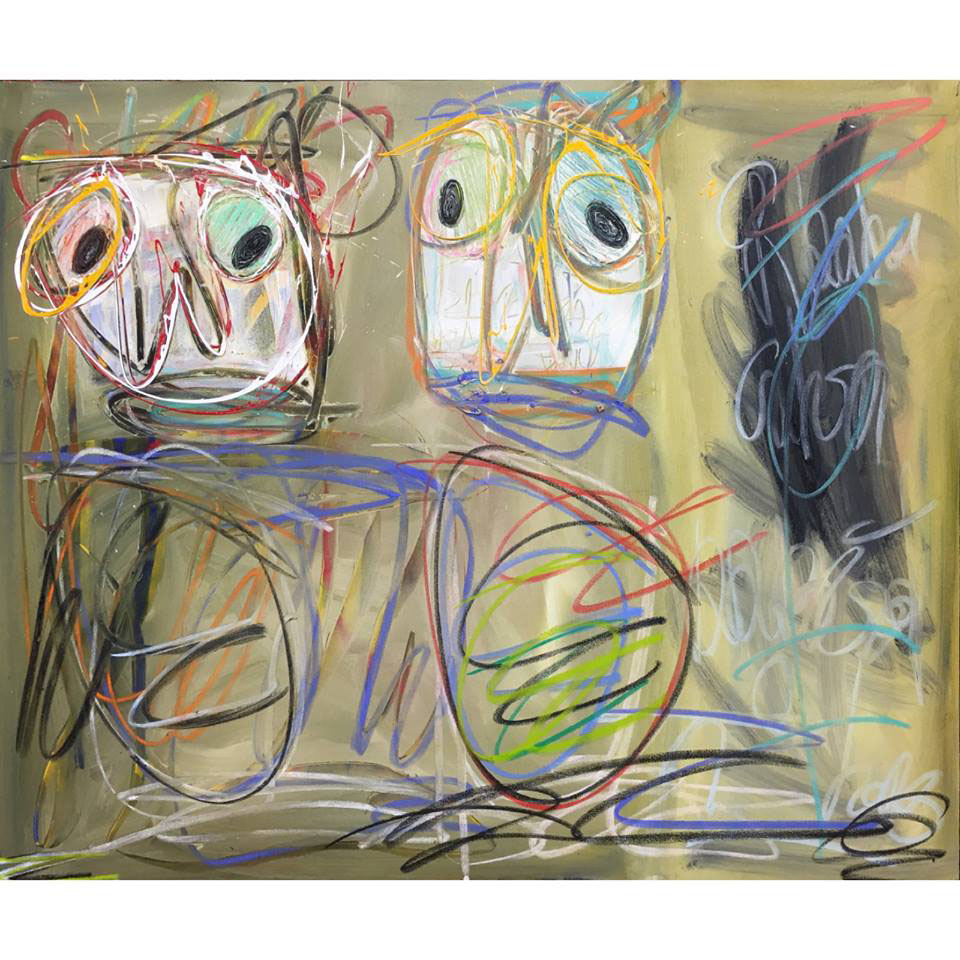 Painting, for Olympio, is following a feeling. It is discovering the internal balance of a piece and recognizing beauty when it is unveiled, a happy accident. For him, there is no hidden story or elusive meaning behind each painting. It’s just a piece: it is Everything & Nothing. It is as simple as a heartbeat, as complex as a hurricane.