Enjoy the 2nd day of the WestEdge Design Fair. The four day show brings the best designers, makers and architects from around the world to Los Angeles. Also debuting this year is MADE:MODERN, the highly anticipated new show section showcasing more than 40 independent designers and makers from the West Coast, New York and beyond.

MADE:MODERN designers will feature handcrafted, limited production and one-of-a¬kind, customizable designs in the categories of furniture, lighting, sculpture and accessories. These innovative makers will be accepting custom orders on-site from attendees looking to meet each designer and learn more about their craft. 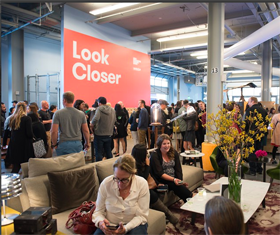 The G2 Gallery is excited to present its 3rd annual G2 Green Earth Film Festival, which will showcase 23 eco-conscious films from all over the world on October 16, 17, 23 and 24. The festival, which was founded to bring together environmentally minded filmmakers from all levels of experience, will screen both feature-length documentaries and shorts over two weekends. For the first time, the festival will be awarding prizes; $500 for the Best Short, $1000 for the Best Feature, and $1000 to the winner of the Gottlieb Award for Environmental Excellence for top overall film.

This is the final weekend…Each evening will include screenings, a free open bar, food and celebratory parties or panels, and will benefit a thematically linked nonprofit partner. There will also be special events, performances, discussions and more.  The event will feature 25 International Environmentally-Focused Movies
Panels and Parties with Free Food, Beer and Music…plus $2,500 to be Awarded to Best Films

For the date and time of each film’s screening, CLICK HERE or email film@theg2gallery.com for more information. If you’d like to attend, please RSVP to rsvp@theg2gallery.com with the date(s) you plan to attend in the subject line. Free admission.

There is a $5.00 suggested donation that will benefit an environmental organization. 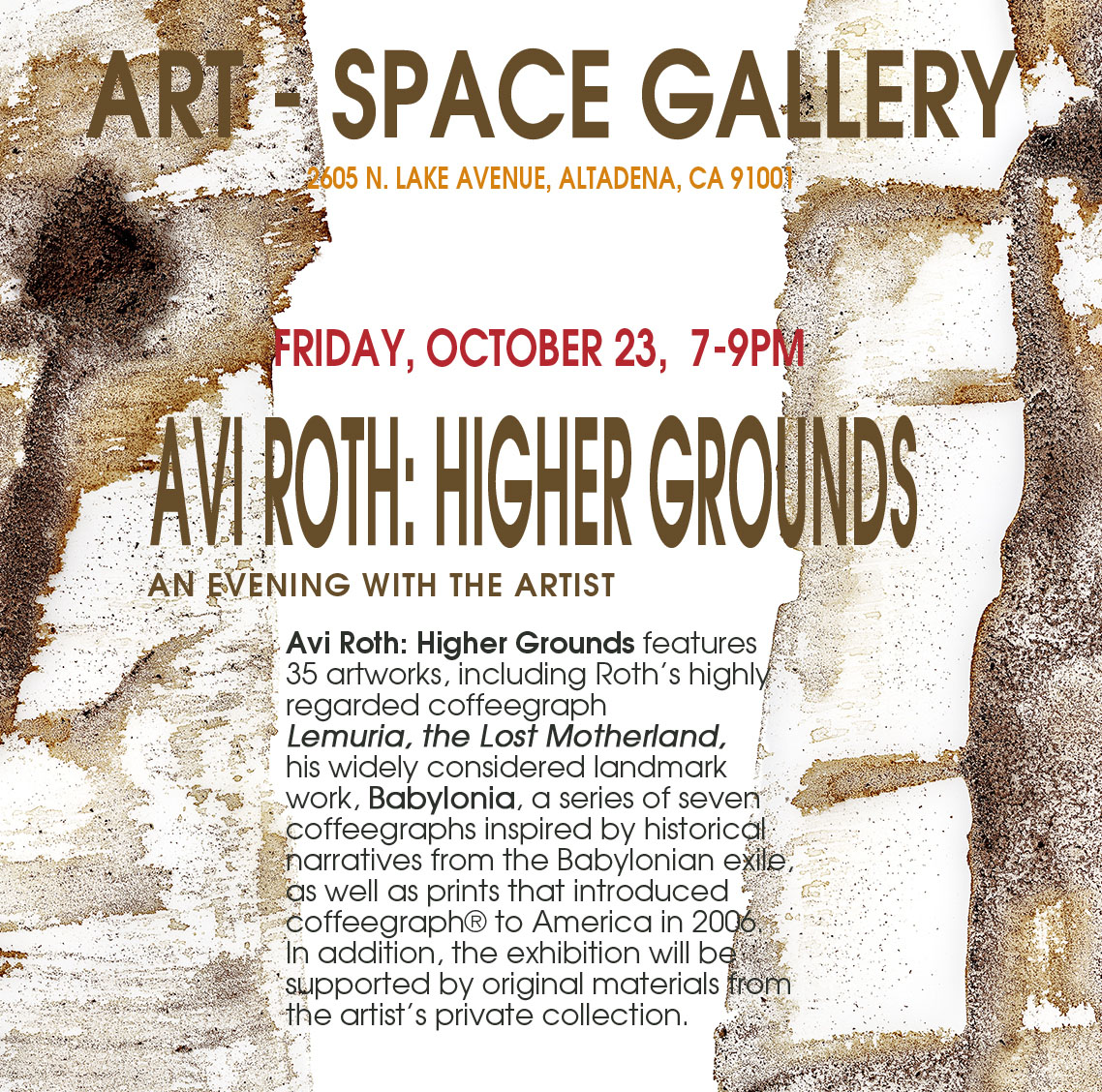 Enjoy an art talk with international artist Avi Roth at  Art-Space Gallery. The artist recently returned from the Jerusalem Biennale, where his work “Memento 613” was featured in a highly esteemed cultural event.

“Avi Roth: Higher Grounds” is curated by Dale Youngman and will feature over 20 new works. The solo exhibition will showcase Roth’s highly regarded coffeegraph “Lemuria, the Lost Motherland,” as well as prints that introduced coffeegraph® to America in 2006. 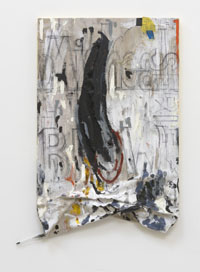 sanne Vielmetter Los Angeles Projects debuts “Forest,” the gallery’s first solo exhibition with William Pope.L. This exhibition will feature paintings and sculptures in an architectural installation surveying the artist’s object-based practice from the mid-1990’s through the present.

A simultaneous solo exhibition, “Desert,” at Steve Turner Contemporary will present a new film, “Obi Sunt,” about the ghost of Joe Gans, the first African American World Boxing Champion, and the mythology that surrounds the resurrection of a past through biography.

The exhibitions will be accompanied by a GPS tour of the space in between the “forest” and the “desert,” Susanne Vielmetter Los Angeles Projects and Steve Turner Gallery. An artist-led walking tour exploring these themes will leave from each gallery on November 7, 2015.

Please email Ariel Pittman at ariel@vielmetter.com for more information about the walking tour leaving from Susanne Vielmetter Los Angeles Projects and how to RSVP.

Los Angeles-based artist and curator Yin Shadowz and emerging mystical arts organization The Applied Mythology Project have joined forces to launch the upcoming exhibition Dark Paradise, a three-week event celebrating transcendence, the ethereal, and the spiritual Last Projects gallery in Hollywood. In a city known for the avant-garde, the occult, and the folk-esoteric revival of the 60’s and 70’s, today’s radical creatives are joining together to pick up where their forebears left off.

On October 29, the exhibition will include a panel discussion on the archetype of the new perennialist, the search for authenticity through expressive culture, the role of magic in everyday life, and the role of ritual in artmaking practices. Additionally, there will be a drawing workshop, a film screening, a performance ritual and tarot readings.

Artists and co-curators Kristin Trammell and Meagan Boyd explain the exhibition’s vision: “Dark Paradise is one side of a utopian oasis, a realm illuminated by the moon as opposed to the sun. It is accessed through the practice of creative meditation, the end result being a work of art. In this exhibition, the artists hint at the dawning of an esoteric revival, exploring the interplay between the spirit and the mundane. Capturing transcendent moments of reflection, the work explores the creation of a personal mythology to redefine the idea of a collective unconscious.”