Remember our Pick of the Week takes place tonight – the Montana Ave Holiday Walk from 5-9pm…(our Pick is usually on a Saturday). Get out there and celebrate the season!!! It’s here…don’t let it pass you by!

Il Moro Restaurant is hosting a closing reception for LA artist Gus Harper on tonight from 6 to 11 pm. On display are works from Harper’s “Minor Identity Crisis II” series.

The entrance is on Purdue ave, a half block south of Olympic.

Find out more about artist Gus Harper on his website – http://gusharperart.com/

LA Weekly is excited to announce its partnership with Smorgasburg LA for Sips & Sweets 2016! The annual holiday party will take place on Friday, December 2nd from 8pm – 11pm. 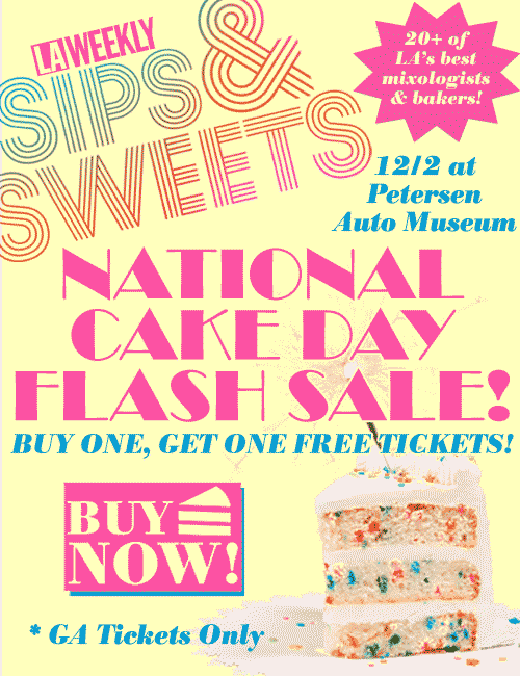 es can sample delicious confections, sip on handcrafted cocktails and shop for amazing holiday gifts and trinkets. In addition to sweets samples from 20+ of LA’s greatest bakers and sips from 20+ of the city’s most renowned mixologists, LA Weekly’s Sips & Sweets will feature savory dishes for purchase courtesy of Smorgasburg LA, the weekly Sundaymarket for food, shopping, and drinks.

Located on the rooftop of the Petersen Automotive Museum, the Smorgasburg LA food court will offer savory specialties for guests to purchase before indulging in everything sweet and boozy! Enjoy some of Smorgasburg’s most notable vendors!

Grab your tickets now for LA Weekly’s Sips & Sweets and come prepared for an evening of holiday fun! Dinner, dessert, drinks and shopping from LA’s greatest! 21+ event. All guests must have a valid ID for entry 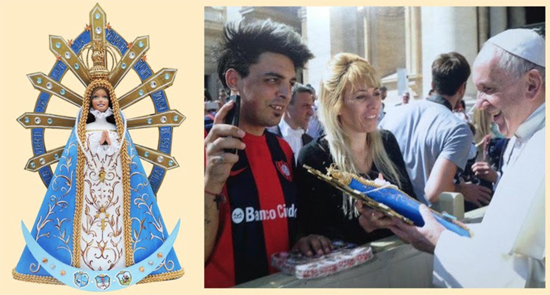 n 2014, two Argentine artists, Marianela Perelli and Pool Paolini, turned 33 models of Barbie and Ken into religious icons for an exhibition called Barbie, the Plastic Religion which was displayed at Popa Galeria in Buenas Aris. The show featured Barbie as the Virgin Mary and Ken as Jesus Christ, and included religious figures from Catholicism, Judaism, Hinduism, Buddhism with versions of Barbie as Joan of Arc, Mary Magdalene and the Virgin of Lourdes. The show provoked widespread controversy in several languages from Argentina to France.