So there are two First Friday Events taking place…..one in the Glendale area….and one in Venice. 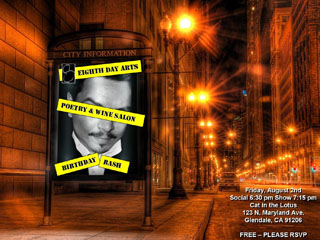 At the Venice Bistro, enjoy the Venice Street Legends…These guys rock out with blues, country etc….you name it they can play it. I will not be performing with them as I also have a gig (just a small one…see below)…but may stop in after. 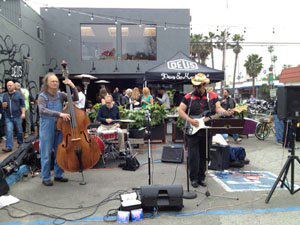 eg Cruz has a powerful voice and truly rocks out on his electric guitar. 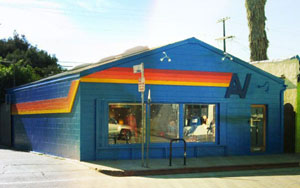 Aviator Nation (1224 Abbot Kinney Blvd) offers live music with “Vinyl” tonight as part of First Friday. Stop in and get your groove on.

Mystic Journey Bookstore hosts a presentation. Raul Rosiles, founder of Soul Based Living who will be doing soul portraits.  The presentation is Free,  but the Portraits are $2/minute.  Minimum 30 Minutes

aul had a moment of self realization as a four year old child. Everything became dazzling brighter.  A voice said,“Always remember this moment”.

He practiced meditation for three hours per day for six years. He is an international speaker, event producer, publisher, author, artist, dancer, and Enlightenment catalyst.

As part of First Fridays….Paparazzi Comedy & Variety Show performs at Get Waxed.

I will be performing some of my strong woman blues. Guitarist Phil Kimball will be playing with me (Kathy Leonardo) to open the show. 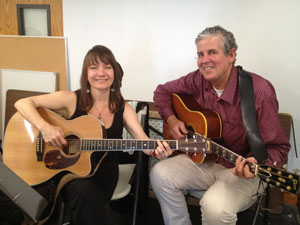 FREE for non drinkers or $5 donation requested for DRINKERS!….so come and enjoy a couple drinks and enjoy some comedy…staring with some of my original funny strong woman blues.

Here are a couple going later in the night…. 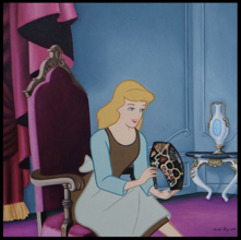 a Luz de Jesus features one of my favorite artists. DisHollywood is José Rodolfo Loaiza Ontiveros’ latest visual project which attempts to re-mix beloved characters from fairy tales with other entertainment icons from the world of cinema, celebrity and music.

Or in Echo Park… 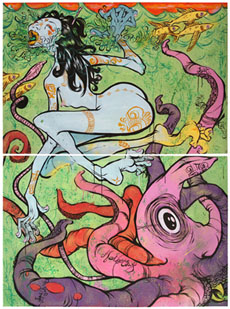 Subliminal Projects is the first West Coast venue this ongoing exchange has been exhibited. The aim of the project is to support and promote the local art scene of both cities through an exhibition series that alternates between locations each year, featuring contemporary artists from both areas.