I’ve been writing about this NYC Gallery for years (see my Art Contemporary LA review back in 2019), and now they have opened an LA gallery. Congrats!!

The Hole in opened a new location in Los Angeles. The gallery’s third permanent space, 8000 sq. ft. at 844 N La Brea Ave in Hollywood debuted an experimental group show and performance for its grand opening on February 15, 2022. “New Construction” reinterprets the gallery’s first ever show, “Not Quite Open For Business” (2010) where half-finished artworks in a half-finished space kicked off the founding of the gallery. 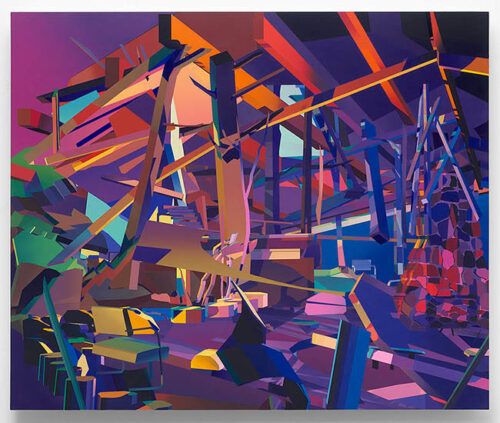 Here in L.A., visitors will experience the installation of the first group show “live,” from 6 to 8pm, as the gallery team unwraps and hangs each piece. Contributions are coming in from all around the world, past and future artists! All shiny and new, just like our almost-completely renovated space 🙂  “New Construction” will be followed by solo exhibitions by Jonathan Chapline in April and Adam Parker Smith in June.