Griffith explained his concept for the show. “This show is about artists who work with light, personal history, and relativity. “MOIRÉ FRINGE” features the Idea of how the after image of information (what one sees daily) is retained into our memory…such as vision, trauma, memory and gathered information.”

Also on view, enjoy the work of Eliu Almonte on view in the South Hangar Gallery.

Tonight, in the South and North Hangar Galleries, another artist reception takes place for “Destination: California” a group show powered by LAArtParty.com 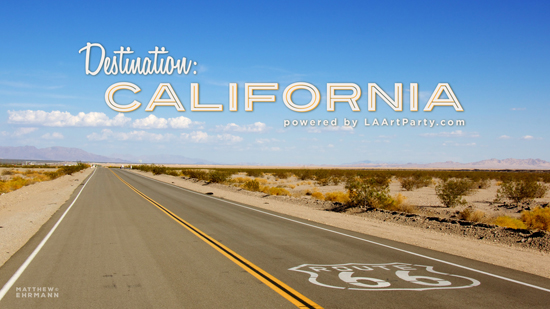