For the third consecutive year, the City of Angels will participate in World Art Day festivities. This global event led by the IAA/AIAP (International Association of Art, an NGO in official partnership with UNESCO), takes place yearly on April 15th, and celebrates international collaboration through art.

In honor of this worldwide celebration, IAA USA, the newly formed U.S. chapter of the IAA headquartered in Los Angeles, will host a Launch Party and Fundraiser on Saturday, April 15th, 2017 at Howard Griffin Gallery in Downtown Los Angeles. Located in the historic Hellman Building, adjacent to the Main Museum and many of Los Angeles’ hippest galleries, London and L.A.-based Howard Griffin Gallery is an edgy contemporary art space featuring works by established local and international artists.

ABOUT THE EVENT: One of Downtown Art Walk’s must-see galleries, Howard Griffin Gallery L.A., will be hosting IAA USA’s World Art Day Launch Party & Fundraiser on Saturday April 15, 2017, from 7-10PM. A $35 ticket gets you access to a fun-filled night of live art and dance performances by Sokamba Performing Arts Company, sets by local DJs, an exhibition of works by famed Berlin Wall artist Thierry Noir, fun photo ops, and more! In addition to the entertainment, enjoy specialty cocktails and pours by Tres Papalote Mezcal and others, plus yummy bites from local establishments. Make sure to snag tickets before they sell out as capacity is limited! SEE BELOW FOR TICKET INFO, time and location TICKET LINK → http://bit.ly/2nft4XT 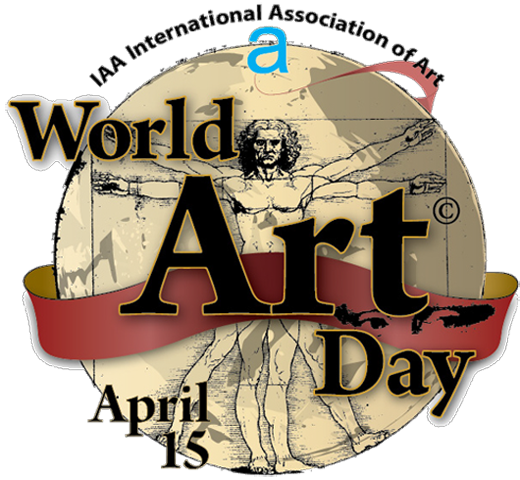 World Art Day is an international celebration of the fine arts established by the International Association of Art (IAA/AIAP), an NGO in official partnership with UNESCO, to promote awareness of creative activity worldwide. The first World Art Day was held on April 15th, 2012 in honor of Leonardo da Vinci’s birthday. In 2015, the Downtown Los Angeles Art Walk, a nonprofit arts organization, was invited by representatives of IAA/AIAP to lead World Art Day festivities in Los Angeles, marking the first official installment of the global annual celebration in the United States. With the support of IAA Headquarters and World President Bedri Baykam, the Downtown Art Walk has hosted World Art Day events yearly since then, and was a key player in putting forth a bid for official IAA/AIAP membership for the United States. In 2017, IAA USA, the official U.S. chapter of the IAA/AIAP, was formed. The Association looks forward to facilitating World Art Day celebrations locally, and nationwide. To date, IAA/AIAP counts over 64 member nations. 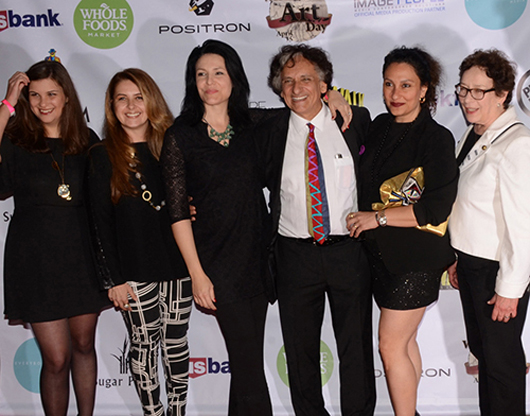 The current World President of the IAA/AIAP is Bedri Baykam, an accomplished visual artist, writer, and activist. Born in Ankara, Turkey in 1957, Baykam received an MBA from the Sorbonne University in Paris, thereafter pursuing studies in painting and filmmaking at the California College of Arts and Crafts (CCAC) in Oakland, CA. Baykam has over 136 solo exhibitions to his name, and is one of the pioneers of the New Expressionism genre created in the early ’80s. Baykam has 27 published books, and is an advocate of democracy and human rights worldwide.

More info can be found on the FB Event Page.  Tickets are $35 – Click Here to purchase tickets