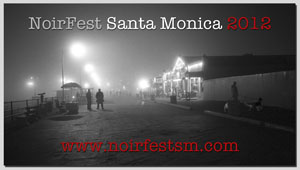 I recently had the chance to sit down with Ms. Garber, a multi-media artist and founder of the festival. Garber has lived in Santa Monica, with her husband, Dr. Stuart H. Garber for the past 30 years. Helen loves everything Noir.  She explains, “I started specializing in photographing night urban landscapes in 1997 and began to integrate other media starting in 2002.” 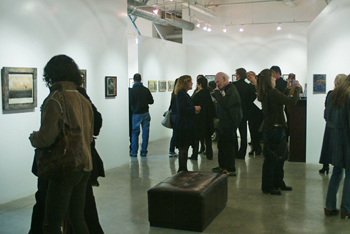 NoirFest Santa Monica has included art, film, photography, literature, music and spoken word, all having to do with Noir at various historic venues all over Santa Monica.

Since 2010, Garber has been working endlessly on NoirFest Santa Monica. She approached Santa Monica Cultural Affairs first, who agreed to produce a Beach=Culture event at the Annenberg Community Beach House. Then she connected with SM citywide reads who was preparing for its 10th Anniversary. (See photos of Helen K. Garber’s opening exhbition at dnj Gallery by Tim Anderson, Reddognews.com)

When asked how she thought the festival went, Garber smiles and says, “I am totally jazzed to see how the CA Noirists came together to create such amazing programming. The intelligence, passion and creativity of these artists are quite amazing, we have really enjoyed the collaboration.” 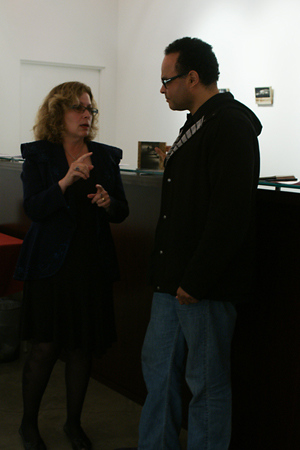 he continues, “All the venues produced their own events. The library choosing Raymond Chandler as their author for the 10th Anniversary Santa Monica Library City-Wide Reads was an unexpected and a delightful coincidence. It expanded the programming to include far more than the core festival that I was able to coordinate myself. Robert Graves designed brilliant programming – he even seduced Michael Connelly join in the fun.”

Helen adds, “And a most special thank you to author Judith Freeman, who dazzled us with her great enthusiasm ability and talent. She is the anchor to any programming celebrating Raymond Chandler.”

The various organizations cross-promoted the events and along with the local papers and Santa Monica Cultural Affairs which attracted large crowds to many of the events.

Helen recounts the enthusiastic response to the festival…”Big opening night at my exhibit and later artist’s talk, large group at the after party, over 200 people at the Aero Theatre attended a 65 year old double feature, full houses for the various author’s events. Bay City is hep to Noir!!” 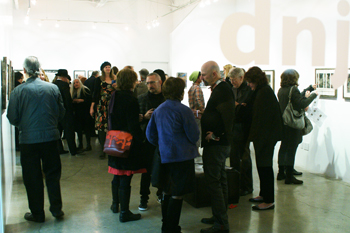 When asked if NoirFest was all that she expected, Helen laughs and replies, “What I hoped for, absolutely…even more – thank you everyone.”