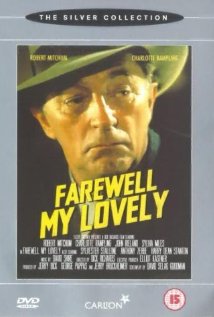 How bout’ a FREE film Screening of  “Farewell, My Lovely” at the Vidiots Annex?

In true Noir spirit, Vidiots is proud to show this film as part of NoirFest Santa Monica. Director Dick Richards’ 1975 mystery “Farewell, My Lovely” was adapted from the Raymond Chandler novel.

7:00pm – 10:00pm; Free Admission/Free Parking available in the lot behind the store on 3rd across from Pico Bowl and on the street.  Vidiots is located at 302 Pico Blvd. http://noirfestsm.com/ 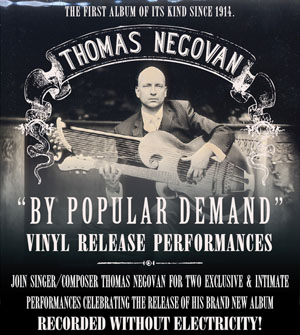 Musician Thomas Negovan boasts his new CD was recorded with NO electricity…Say What??? How’d he do that?

The album features eight songs recorded entirely without electricity onto wax cylinder using a 1900’s Thomas Edison Phonograph Recorder and will be released in a limited number of vinyl-only editions, available at this show.

This is the first album to be released on wax cylinder since 1914.