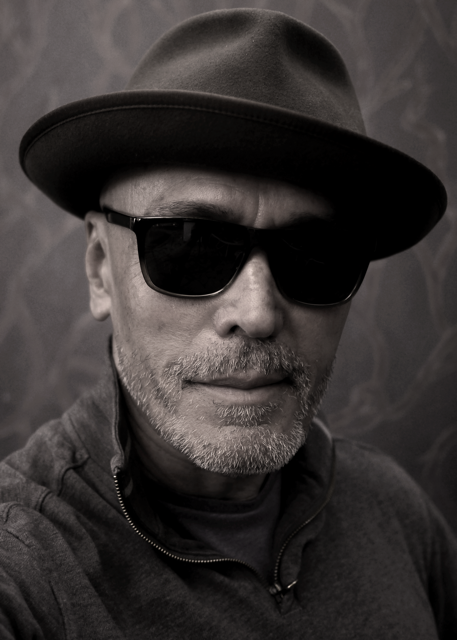 n painter and photographer Rafael Serrano established himself in the 1980’s by being a featured artist in a group show called, “Avant-Garde in the Eighties” at LA County Museum of Art. During the 1980s and 1990s his work was exhibited in galleries and museums across the United States and internationally in cities such as Berlin, London, and Zurich. During that time his work was characterized by ceiling-high canvases grounded in realism or miniature photographs that explored landscape imagery.

His new body of work completed within the last two years and the subject of this new exhibit at FAB-gallery titled “Lake of Secrets Plus Other Living Things” is a complete break from his earlier work. The new work is more intimate and personal and can be characterized as organic abstraction.

Getting lost in a painting is easy, as his compositions are immersive and he creates complete worlds within each piece. You can swim through and inhabit the psychological spaces within his canvases which range from happy and light to darker and moody. Sometimes you might discern micro-organisms or animal forms, but usually the abstract shapes are entirely self-conceived from his subconscious mind. In fact he borrows a technique from surrealism called automatic writing or psychography which “…is an alleged psychical ability allowing a person to produce written words without consciously writing. The words are claimed to arise from a subconscious, spiritual or supernatural source.”(Wikipedia) In Rafael Serrano’s case, there are no words, just highly personal abstractions. 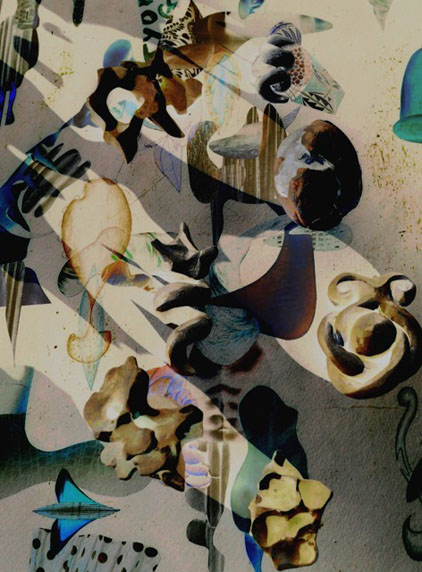 e having Cuban roots, Rafael is a California artist from childhood and comes from an artistic family, both his parents paint and his brother is also an abstract artist.