The Holiday Party and event also celebrates the launch of Bespoke Staging Company. Jaxon Home is a go-to for interior designers and set decorators, founded in 2006 by Victoria Richter, (mother of three) an industry veteran with over 15 years of experience, Jaxon brings the bespoke feel of bench made, fair trade furniture to your home at a reasonable price.

Here is some additional info about Richard Bilow from his website:
Aquatic Installations Artist Richard Bilow began his career as an aquarium designer, when he founded 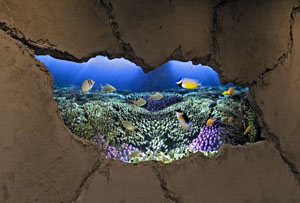 Aquatic Art in 1988. Combining his professional and childhood experience of creating aquarium and terrarrium environments with his passion for art, architecture, and design, Bilow now takes the concept of aquariums as art to new levels, through Aqua-Terra Studios.Here the artist, designer and aquatc installations specialist continues to develop his innovative blend of sculpture, art and aquarium design.

Richard’s uniquely creative and highly personalized approach to creating both aquatic and “terraquatic” installations has resulted in opportunities to work with and for such notable personalities as Barbara Lazaroff, Fran Drescher, Perry Ferrell, Tommy Lee, Heather Locklear, Courtney Cox, Charlie Sheen and Shaquille O’Neal, among others. His works have become integral features in many interior spaces, including the City of Beverly Hills City Hall Complex, San Diego Marriot Hotel, The Friars of Beverly Hills, and the famed Wolfgang Puck/Barbara Lazaroff restaurant, Granita, in Malibu California.

From traditional aquariums to sculptured one-of-a-kind creations, Bilow guides all of his designs with an artistic flare found nowhere else. His work has been featured on Access Hollywood, Eye on LA, and in Interior Expressions magazine, which described Aqua-Terra Studios as an “innovative advancement in the concept of aquariums as art.” 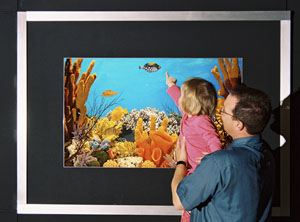 The intensity and clarity of Bilow’s vision, combined with his passion for nature, art and innovation, make Aqua-Terra Studios the world’s premier resources for those wishing to transform static spaces into dynamic environment, in homes, businesses and public spaces.

For more info about Richard Bilow, visit his website at http://aqua12.com/

For more info about the hoiday art party see the FB Event Page.