Skip to content
The Art of Leah Devora Currently on View at the Arclight Culver City!

The ArcLight Cinemas has been exhibiting the art of Leah Devora for the past ten years. This will be her first time showing at Culver City since the theater opened a year ago. The name of the exhibition is “Disappearing Los Angeles” and the work is hung in the hallway of the theater in the inner portion of the complex. 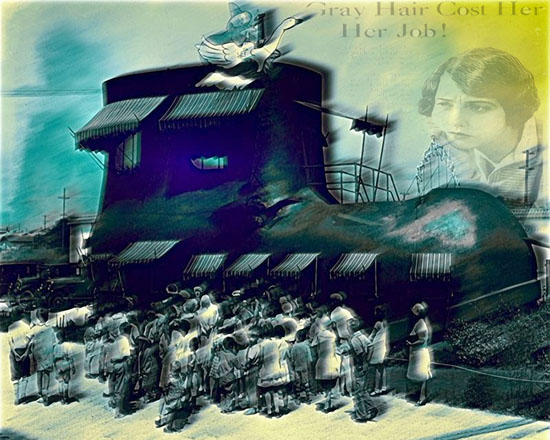 Devora’s new body of work looks at what is no longer here in Los Angeles and the disappearing culture of what was once was of this transient and dynamic town. These one of a kind digital, 3d mixed media paintings on acrylic resin, will be on display in the hallways of the the theater. The images will be of iconic Programmatic Architecture of turn of the 20th century Los Angeles such as The Brown Derby and The Drive Through Donut, and The Tail of the Pup collaged with true LA Kitsch and slanderous advertising of the early 20th century. “I always work in series and this is the first time I’ve done this series which is based on La Nostalgia and things that are no longer here,” said Devora. “This series were is based on programmatic architecture and Los Angeles iconic architecture and slanderous advertising of the early to mid-twentieth Century especially towards women and I layered it into the imagery. All the work is done on acrylic resin pieces and done and a holographic style.”

Devora went on to explain that “Disappearing Los Angeles” was inspired by the fact that so much of this city is being destroyed minute by minute. “Things are here today gone tomorrow over the last 30 years things have just just been mowed down by developers and you don’t remember what was here yesterday and it prompted me to design this and creates body of work because it makes me nostalgic for once what’s here and no longer here and I don’t even remember what was here and it’s makes me nostalgic for the past. And I started researching things that were here and I started becoming fascinated by the past here in LA and I found fascinating. Los Angeles has a fascinating history even though it’s a short one. So many things have come along in the past and have disappeared and vanished at the buried underground to just the redline cars and other things that have just disappeared almost like ghosts I called them ghosts of Los Angeles. I’ve been doing different incarnations of this body of work and different series over the last 12 years.” 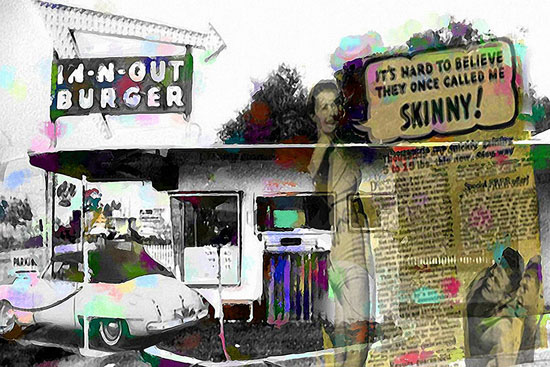 Image: In and Out by Leah Devora

The ArcLight Cinema Culver City is located on Jefferson and Irving. She added, “I always work in series and I’ve been working on this concept for many many years but this is the first time I’ve worked on a nostalgic series based on the LA history.”