In Culver City…Walter Maciel Gallery is pleased to announce “Fragments of Space” by Barry Anderson and a group show of Hung Liu’s work in conjunction with the three Walter Maciel Gallery artists: Freddy Chandra, Robb Putnam and Lisa Solomon who were former grad students at Mills College where Liu taught for nearly 25 years. 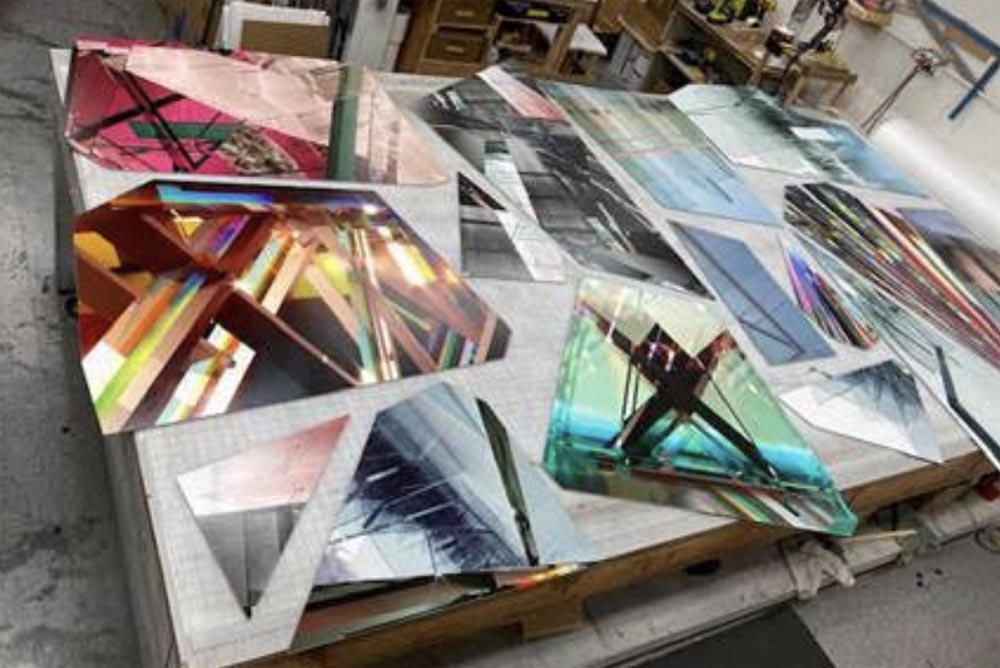 This exhibition marks Anderson’s fifth solo show with the gallery, and consists of irregularly shaped large-format digital prints and a video installation with sound. The new digital works are derived from Anderson’s ongoing animation project, Fragments of Space which has been presented in different incarnations in previous exhibitions at our gallery. Stemming from the various meditations and interactions with the built environment during the pandemic, Anderson composed digital renderings of arbitrary, nonfunctional architectural spaces, envisioning oblique, fleeting moments of both confinement and liberation. The images are fully realized using 3D modeling software and are not based on any existing photographs or real spaces. The perspectives include various models of clear and colored lucite panels layered over one another with elements colliding within the overlapping environments.

The group show presented in Gallery 4 celebrates Hung Liu’s guidance and influence as a mentor and art instructor following her untimely death due to pancreatic cancer in early August. Hung Liu currently has an important show of monumental paintings and historical family photographs in the retrospective, “Hung Liu: Portraits of Promised Lands” at the National Portrait Gallery in Washington DC.