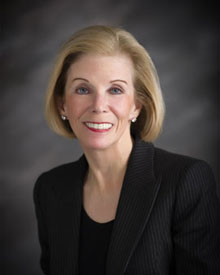 ge Snyder is set to receive “Ronald M. George Award for Judicial Excellence”; Grossman is set to be Bestowed with “Excellence in Advocacy Award”

The Beverly Hills Bar Association (BHBA), heralded for championing access to justice, an independent judiciary and the Rule of Law, honors two legal luminaries at the Third Annual “BHBA Litigation Awards Dinner” on Wednesday, February 20, 2013, 5:30 pm, at Montage Beverly Hills. The Hon. Christina A. Snyder, Judge of the U.S. District Court for the Central District of California, receives the “Ronald M. George Award for Judicial Excellence,” named for the former California Supreme Court Chief Justice who retired in 2011. Marshall B. Grossman, a highly respected trial lawyer and partner of the Los Angeles-based law firm Bingham, receives the “Excellence in Advocacy Award,” which honors a trial lawyer whose case successes have resulted from expert legal skills, unique trial strategy and courtroom teamwork, and who also gives back to the legal profession and the community.

“Judge Snyder and Marshall Grossman are standouts among their peers and have helped advance the legal profession in myriad ways both in and out of the courtroom,” says BHBA President John Rubiner. 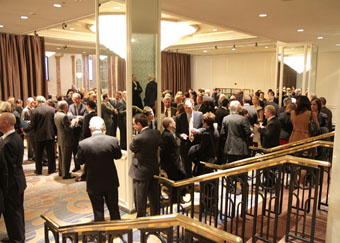 Judge Snyder was nominated to the Court by President Bill Clinton in 1997. During her 15 years of service on the federal bench, she has decided numerous cases ranging from complex healthcare, environmental, business and copyright cases to cases arising out of immigration and civil rights issues. Prior to becoming a United States District Judge, she was a lawyer in private practice in Los Angeles and was a partner in the law firms Wyman Bautzer Kuchel & Silbert, Katten Muchin & Zavis and Corinblit & Seltzer. In 1978 and 1979, Judge Snyder, as a Board Member of the Beverly Hills Bar Association, helped to create Public Counsel, the nation’s largest pro bono law firm, and subsequently served on its Board of Directors and became the first woman to serve as the non-profit organization’s President. She also served as a California State Bar designee to the Board of Directors of the Western Center on Law and Poverty. Judge Snyder is a member of the Board of Visitors of the Stanford Law School, where she earned her J.D. She is also a member of the Board of Directors of the Ninth Judicial Circuit Historical Society, and is Chair of the Magistrate Judges Committee for the Central District of California. Judge Snyder earned a B.A. from Pomona College in 1969. Recognizing Judge Snyder at the Litigation Dinner for her august accomplishments are The Hon. Richard Paez and The Hon. Audrey Collins. Presiding Justice Norman Epstein presents her award. 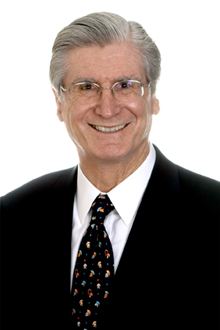 arshall Grossman’s legal career spans more than four decades and has included numerous high profile clients and landmark cases. Among them, served as lead counsel for Suzuki in landmark litigation against Consumers Union, he obtained on behalf of the Agudas Chasidei Chabad a judgment against the Russian Federation to recover religious texts that were seized during the Bolshevik Revolution and World War II, and successfully defended Apple Computer Inc. in patent infringement litigation. Grossman has lectured on trial advocacy at leading U.S. law schools and at annual meetings of the California State Bar and the American Bar Association. He has received the highest rankings from Best Lawyers in America and Chambers USA and Chambers Global. Committed to public service, Grossman has served on the board of the Beverly Hills Bar Association and as President of the BHBA Barristers. He was also a founding director of the Association of Business Trial Lawyers and has served on the boards of Public Counsel, Bet Tzedek Legal Services and the Legal Aid Society. In addition, Grossman served on the California Coastal Commission and was also a member and chair of the California Commission on Judicial Performance. He currently serves on the board of Jewish Big Brothers/Big Sisters and is a member of the local and national boards of the American Jewish Committee. Feting Grossman at the Litigation Dinner are Dr. C.L. Max Nikias, University of Southern California President, Patrick Kelly, President of the State Bar of California, and Tom Girardi, who received the BHBA’s “Excellence in Advocacy Award” in 2012. 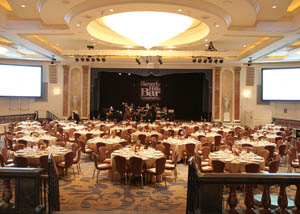 The Beverly Hills Bar Association, serving the Los Angeles region since 1931, is the sixth largest bar association in California with more than 5,500 members. Its mission is to serve its members, to lead the legal profession and to advocate for justice in the community.

Tickets for the Third Annual “Beverly Hills Bar Association Litigation Awards Dinner” are $225. per person. For tickets and information call (310) 601-2422 or visit www.bhba.org