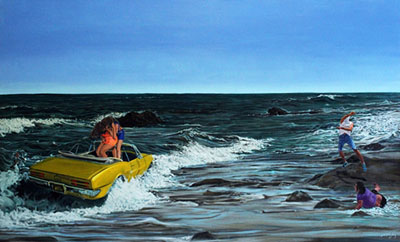 Valadez is a working muralist who helped bring works documenting the Chicano experience in Los Angeles since the 1970’s. Working in large scale, small scale, in pastels and acrylics, Valadez creates vibrant documentary works compiled from numerous photographs he captured on the streets of East L.A. Illustrating all that may be experienced, whether a brash argument or a hauntingly illuminated storefront, Valadez’s works do anything but shy away from the veracity of life. Como Fregas will exhibit a survey of works from the 1970’s to present, in all mediums, including his documentary photographs from which his inspiration evolves from.

John Valadez returned this fall to Los Angeles from an artist residency at the Museé d’Aquitaine (Bordeaux, France) for the exhibition Chicano Dream – The Collection of Cheech Marin. 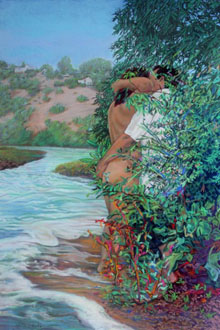