Skip to content
Review: The Broad, “Shirin Neshat: I Will Greet the Sun Again”

“Shirin Neshat: I Will Greet the Sun Again” at The Broad is an exhibition of the work of internationally acclaimed artist, Shirin Neshat. It’s the first exhibition to take place in the western United States; this vast collection is approximately 30 years of the renowned multidisciplinary artist’s dynamic video works and photography, featuring 250 works, 150 never seen before. Taking its name from a poem by Iranian poet, Forugh Farrokhzad, the exhibition begins with Neshat’s most famous body of work entitled, “Women of Allah.” Comprised of stark black-and-white images shot on film capturing chador-clad women (including herself) armed with guns, their faces and hands are inscribed with Iranian women’s poems from before and after the revolution. These large scale portraits, are powerful yet, delicate and intricate. I could feel Neshat’s personal and political hardship. 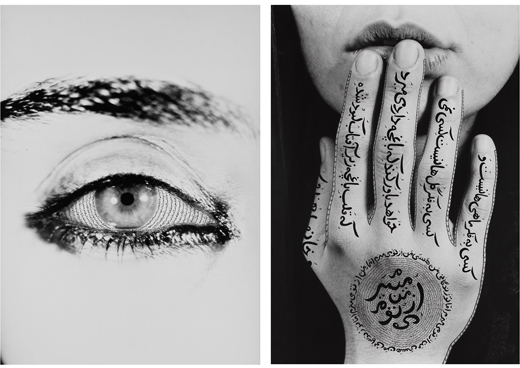 The Iranian-American artist has lived in exile from her native land, and that life has influenced her work. She was a teen when she came to the United States from Iran to study and live with her older sister in Los Angeles, but the Islamic Revolution and the Iran-Iraq war left her in exile for 11 years. When she returned to Iran in 1990 for the first time since the shah’s overthrow, she was shocked to see all the women in veils and how conservative her home country had become.

“Every single work, photographic or video is about parallel oppression and pain yet resistance, defiance, and strength,” said Neshat.

Well curated by Ed Schad, this exhibition is easy to walk through from gallery to gallery and arranged chronologically, from the photography and video installations, including iconic video works such as “Rapture,” “Turbulent” (1998), and “Passage” (2001), to “Land of Dreams,” a series of photographic portraits and two videos shot in New Mexico in May and June 2019. The work tracks the movements of an Iranian photographer named Simin, as she documents the dreams of rural Americans on a journey across the United States. She takes the photographs, records her sitters and then delivers the dreams to a mysterious colony. It is very surreal and haunting. According to Neshat, Land of Dreams represents her direct engagement with living in the United States now, as hostile and rhetoric about immigration, political asylum, and sanctuary cities increases daily. 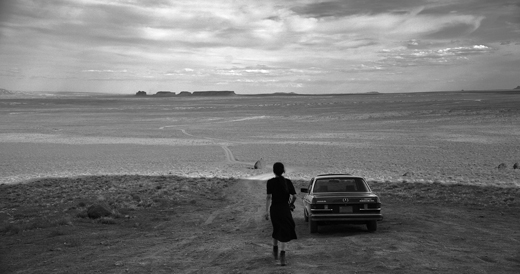 “Shirin Neshat: I Will Greet the Sun Again” couldn’t have been more timely. Ed Schad said, the exhibition’s title “is about finding a home outside of political and personal circumstances.”