Skip to content
Review: Love Heals All Wounds at UCLA Center for the Art of Performance

Movement Art (MAI), co-founded by international street-dance stars Jon Boogz (popping style) and Lil Buck (Memphis jookin’ style), brought together a fully realized creative exploration of the social issues of our times to the Royce Hall stage with Love Heals All Wounds. As an audience we transcended simply watching a talented group of performers to intimately experiencing and become involved with the intensity of the emotional expression we witnessed. 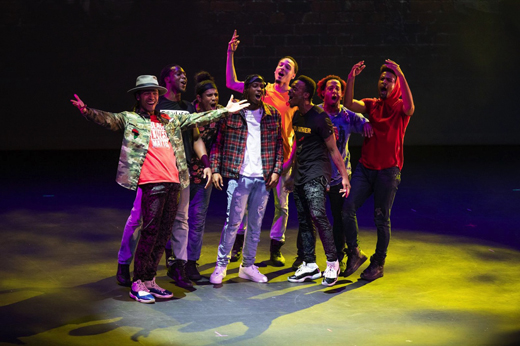 Throughout the 65 minute work, we were guided through the journey by large screen video projections designed by Lianne Arnold and by the beautifully heartfelt spoken word poetry narration performed by Robin Sanders who embodied a maternal presence. The movement artists began under a hypnotic celestial and kaleidoscopic mandala backdrop and they transformed, in style and costume, as graphic photographic images then took us through a series of vignettes to raise our social conscious awareness of issues related to environmental racism, systematic oppression, police brutality and the ideologies that divide us from one another.

Prior to the performance, a discussion with d. Sabela grimes, faculty member at USC’s Glorya Kaufman School of Dance, and Nina Flagg, faculty of Cal Arts School of Dance, explored the connections among dance, activism, and social movements. Most interesting to appreciate, was their emphasis that hip hop is a deeply spiritual practice that functions with the intention to bring community together through celebration as a mode of resistance and, in the context of performing on a stage, we, the audience, are invited to enter into a collective consciousness with the artists. 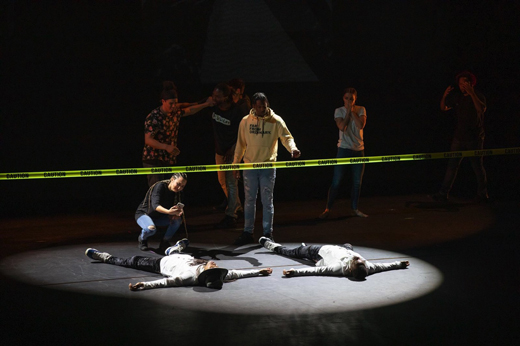 The Movement Artists brought their whole selves to the work as they and the choreographers developed just the right movement language to weave into the narrative. I felt that the focus demonstrated throughout the work elevated the collective energy as every movement was made concisely and precisely without the inclination to perform in any gratuitous or ego-motivated showy manner. At the conclusion of performance, each artist presented themselves both in their own movement with a brief voice-over narration highlighting their essential personal bio.

The vision of Love Heals All Wounds is to “inspire audiences to look directly within themselves in the hopes that together we will carve pathways forward to creating real solutions for true healing.” The enthusiastic response of this audience provided affirmation for that dream and hopefully the feeling will carry forth in our day-to-day lives. 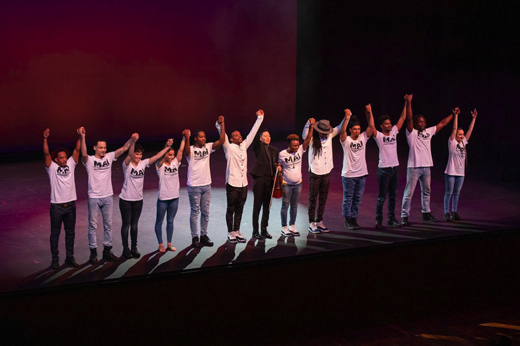 For more about MAI, go to http://movementartis.com/; For the upcoming schedule for CAP UCLA, go to https://cap.ucla.edu/;