New Artistic Director Colin Conner, brought to the stage the vitality, passion and energy of the Jose Limón Dance Company that celebrates its 70th anniversary and the enduring memory of its founder and namesake who passed away in 1972. In discussion with the audience after the performance, Conner spoke of the challenge and joy of maintaining the company’s legacy and being the only of the five Artistic Directors over the years who did not personally know Limón. 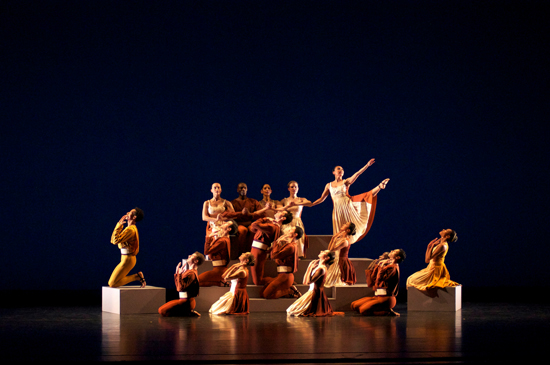 He also described his intent to make repertory choices that are committed to producing and presenting programs that balance classic works of American modern dance with commissions and acquisitions from contemporary choreographers.

At core to this focus is honoring Limón’s own interests and creative themes that include — going beyond the personal to how he felt about the world, delving into the varied “texture” of society, grappling with the “outsider” experience, and exploring the boundary between being public and private. These themes show up as dancers move to “fight through” obstacles and difficulties as they also seek to express joy — experiences of the timeless quality of the human condition.

The works that were featured spanned time from Limón’s ‘s own choreography in the elegant and warm Concerto Grosso (1945), the powerful solo Chaconne (1942), and Limón’s acknowledged masterpiece work, The Moor’s Pavane (1949) that portrays interpersonal interaction variations on the theme of Shakespeare’s Othello, to the very contemporary and intensity of Corvidae (2016), choreographed by Conner, and the dramatic Night Light (2014), choreographed by Kate Weare, that exposes the vulnerability and strength of each dancer. 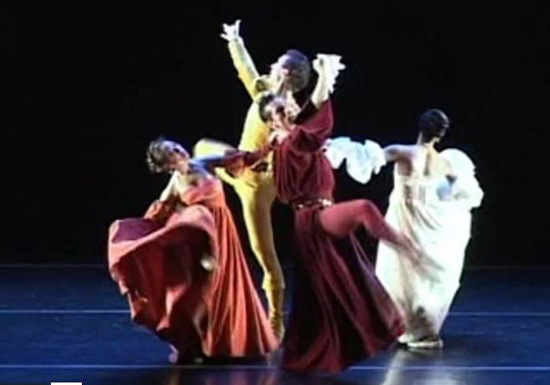 A thread that seemed to create a continuity through each piece was the sound of the violin, from Vivaldi, Bach and Purcell to Phillip Glass, and, with that, the costumes that set us into the specific mood and style of each work — from the fanciful to the elegantly Renaissance to the bare.

Go to www.limon.org to learn more about the company, the Limón Foundation, and view video of their performances.