Skip to content
Review: Dada Masilo’s GISELLE at the Wallis Annenberg Center for the Performing Arts

Acclaimed South African choreographer Dada Masilo transforms the classical ballet story of a girl who dies of a broken heart from the betrayal by her suitor and then enters a netherworld into a high energy feminist reclaiming of power that re-imagines what traditionally had been revenge resolved by forgiveness transformed into revenge with authentic and cathartic redemption. 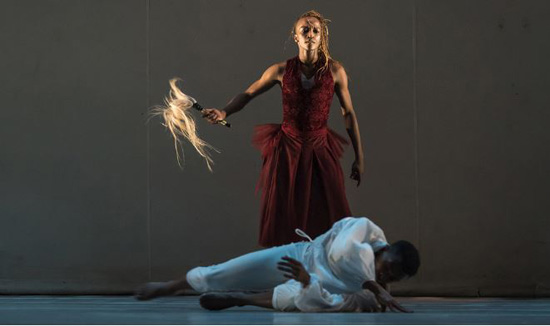 The intensity of the performance is bolstered by a score by Phillip Miller who electronically sampled from the original production’s orchestral score by Adolf Adams and added African voice and percussion. The music is both theatrical and avant garde and reinforces the hypnotically eerie atmosphere of the underlying supernatural story. Artist William Kentridge’s illustration of the South African marshland provides a projected backdrop.

Masilo portrays Giselle with a visceral strength, sensuality and vulnerability that is heightened when her breasts are exposed as her mother tears off her blouse and whips her in a traditional South African puberty ritual and which is reinforced later in the performance when she is forcibly stripped of her clothing by her community. Masilo has explained that “the nudity is not a shock technique, but a means to convey the three-dimensionality of Giselle’s character and lay bare the sometimes thin line between cultural tradition and abuse.” 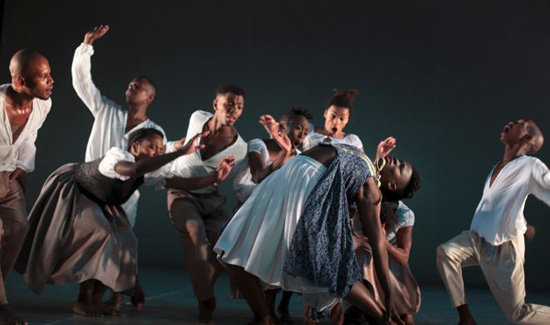 A strong cast of South African dance artists, who were selected by audition, create an vibrant ensemble who in the first act Village scene powerfully and gracefully move through the narrative while emotively screeching, yelling and speaking to each other coherently and incoherently. The second act takes place in a hell where a righteous revenge is extracted by red tutu-clad whip wielding Wilis. These vicious ghostly young women, danced by the male and female cast, are led by a sangoma queen, a traditional South African healer, who all torture and force the guilty man, who has entered their realm, to dance to his death.

The performance with it’s unique blend of dance styles and infused with raw emotion and a socio-cultural-political theme was riveting and enjoyable to watch, and was, as Masilo has quipped, “not a pretty ballet.”

For upcoming performances at The Wallis, go to http://www.thewallis.org