Glorya Kaufman Presents Dance at the Music Center’s 2018-19 Season opened with British choreographer and director Wayne McGregor contemporary dance company performing Autobiography. This mesmerizing work is an 80-minute contiguous series of 23 sections performed by the company of ten dancers to an electronic score performed live by critically-acclaimed producer Jlin and accentuated by the set design of Ben Cullen Williams and lighting design by Lucy Carter. 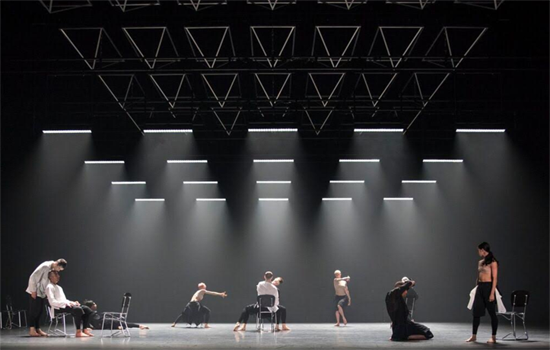 McGregor’s choreographic concept was based on the DNA sequencing of his own genome with each section numbered and named for an aspect of life experience with the order of the separate sections determined by a computer algorithm for every performance. McGregor has committed to an intellectual exploration of how mind, body and movement interact and spent a year as Research Fellow of the Department of Experimental Psychology at Cambridge University and was Innovator in Residence at University of California, San Diego.

The soundscape moved each unique sequence forward shifting from hard industrial sounds to the rustling clang of bells and wind chime-like noises into fluid melancholy and melodic moments of a string ensemble. At times, interspersed with the electronic sounds were computerized vocals, as in one piece, making pleas: “You don’t want to hurt anyone” and “but I do, and I’m sorry” as well as the ear-piercing screeches in another section.

An abstract, intense, bold, and captivating atmosphere was created by the score and with a metal sculpture-like apparatus initially set at ceiling level that lowered to the floor at one point in the midst of the otherwise stark stage and the intense dynamic lighting that created sweeping planes of illumination using theatrical haze, strobes and bright lights directed briefly into the audience. The androgynous dancers, wearing mostly black and white, displayed great flexibility as they stretched, splayed and bent with emotional gestures in solo, duet, and group tribal-like scenes. 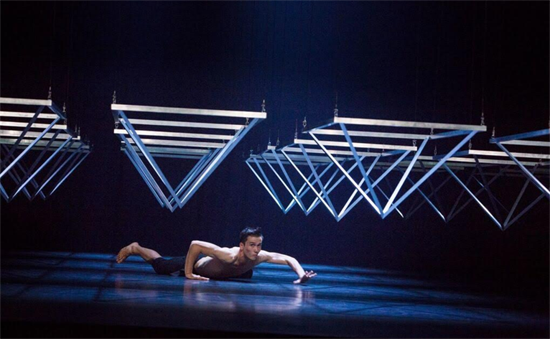 Sequences included the opening enigmatic Avatar with a lone male moving fluidly in deep concentration, Ageing, a solemn dance of gently supported duets, along with Nature, Nurture, Sleep, Instinct, Knowing, Not I, that garnished applause after each solo portion, and the closing Choosing in which planes of light cross the auditorium as dancers engage in momentary partnerships that eventually disperse to leave an empty space with a solitary woman dancing in shadows.