Skip to content
Review: BLINDED at The Brickhouse Theatre

Written by Rick Karatas – Blinded, written by Joni Ravenna, directd by T.J. Castronovo and produced by John Lant had its world premiere July 15th at the BrickHouse Theatre, the new home of Write Act Repertory in North Hollywood with a strong cast. 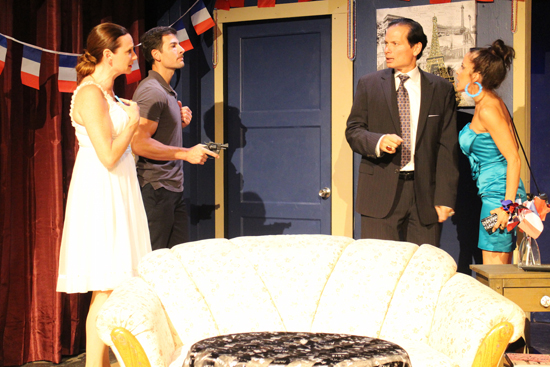 Just when I thought I’d seen it all, I saw this play about someone who can’t see because of seeing something that traumatized him. The plot was interesting and original where the main character, Donald has hysterical blindness because seventeen years earlier he walked in on his mother in bed with someone other than his father. What he saw that day was so devastating that his psyche refused to see anything else from then on. At 35, depressed Donald visits a shrink, NYC’s best  Bob Salamoni, before  possibly ending it all. However the doctor’s very unusual plan to help involves Donald having an affair with Salamoni’s younger beautiful wife Bridget. There’s only one caveat.  Bridget can never find out Donald is blind. 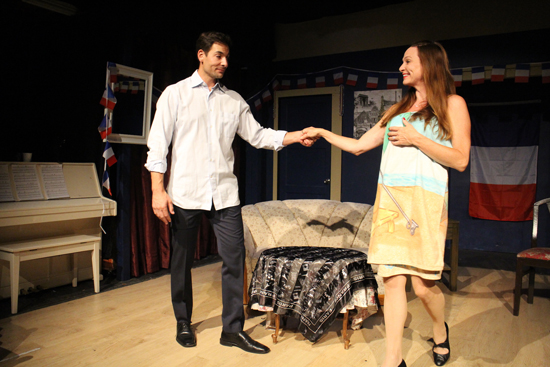 The chemistry between Chris Muto (Grey’s Anatomy,Scandal), an actor from New York, my old stomping grounds, who plays “the blind man” and Cindy Marinangel (Tony & Tina’s Wedding) was very strong and real. They both played the comedic and dramatic moments well. It was interesting to watch the creative ways he hid his blindness from her.

The Cheila character played by Marilyn Sanabria (also from New York) was very funny and colorful and her scenes with Dr. Bob Silveroni played by Rico Simonini (not only a good actor but a cardiologist in real life!) had quite a few laugh out loud moments. Both seemed like demanding roles and were handled well.Cheila wore many great outfits, almost as many as Diana Ross does in concert. 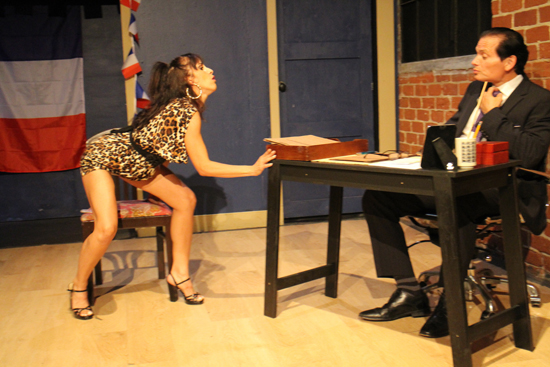 The writing was strong, thanks to the playwright Joni Ravenna.  I found myself involved with the show all the way through, laughed often and was surprised once or twice with some twists. The director T.J. Castronovo did a great job.
The set design of the two locations worked well for the story.  I especially liked the way the room at the apartment was set up “more French” with all the French Flags for Bridget’s French lessons.

I also enjoyed the French music that came in from time to time. Not sure if the irony of having a Stevie Wonder song play before a show (about a blind person) and just before the 2nd act was intentional but it was a nice touch. It is a fun show to escape reality for a little while, with some good one liners, good acting and a few twists. 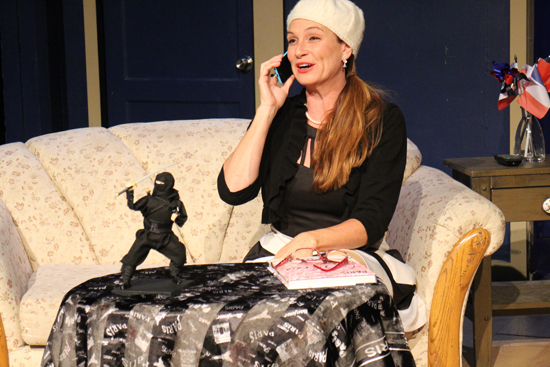