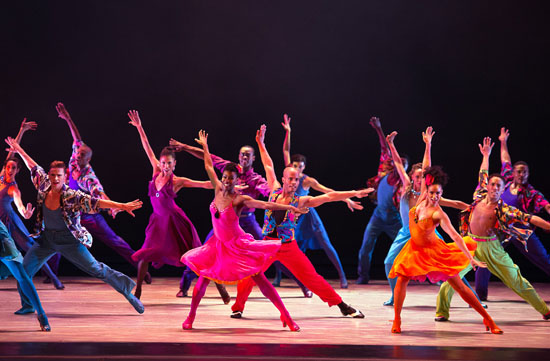 Image: The Winter in Lisbon, photo by Christopher Duggan

The audience reveled in the uplifting and transformational beauty, grace, sensuality and passion of these works that connect with the human spirit and the historic struggles of the African American community. Says Rachel Moore, president and CEO of The Music Center, “With the vision of Artistic Director Robert Battle and courageous storytelling of choreographers like Hope Boykin, Kyle Abraham and Mauro Bigonzetti, the company’s performances present audiences with important perspectives on issues that our communities continue to grapple with, providing us a platform for dialogue and offering a message of hope.”

Beginning the program was The Winter in Lisbon a sensuous and smoky hot high energy ballet that celebrates the birth centennial of jazz legend with choreography by Billy Wilson, music by Dizzy Gillespie and Charles Fishman, lighting design by Chenault Spence and costume design by Barbara Forbes.

Following an intermission was a new production of Alvin Ailey’s rarely-seen choreographic masterwork Masekela Langage, which is theatrically set in a South African beer house and dramatically danced to the driving score of South African jazz composer and trumpeter Hugh Masekela with lighting design by Chenault Spence and costume design by A. Christina Giannini.

After another intermission, Robert Battle’s bold, unrestrained In/Side created and solo performed by Samuel Lee Roberts to Nina Simon’s haunting rendition of the Oscar-nominated song ‘Wild is the Wind,’ Robert’s describes the piece as “one of the most exhilarating, exhausting, and frightening things I have ever done. I had never had to be so completely vulnerable in such a public space.” 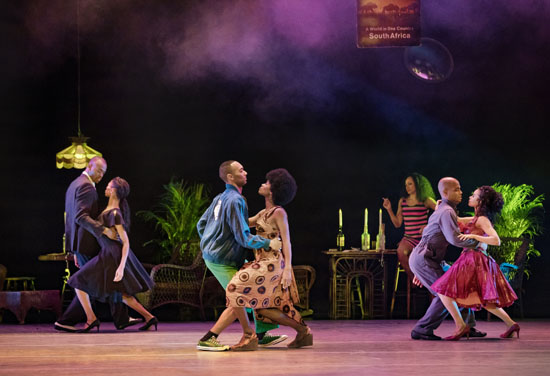 A pause, and the evening concluding with Ailey’s iconic three part masterpiece Revelations (Pilgrim of Sorrow; Take Me to the Water; and Move, Members, Move) with lighting design by Nicola Cernovitch, costume design by Ves Harper and various traditional music including songs, Fix Me, Jesus, Wade in the Water, and Rocka My Soul in the Bosom of Abraham.

The audience consistently showed their appreciation for individual dancer’s prowess by clapping and giving ovations during the company’s bows and encore moves after each piece and clearly demonstrating that people were transcending just watching by also being fully engaged and participating in a collective experience.