“Lazarus,” is exquisitely breathtaking! What an incredible night! The West Coast premiere of the company’s first two-act ballet, “Lazarus,” was so vibrant, beautiful and powerful, we were mesmerized from start to finish. Part of the 60th anniversary celebration tour, it was created by street-dance choreographer Rennie Harris, born and raised in North Philadelphia and voted one of the most influential people in the 100 year history of Philadelphia. He has received many accolades, including Herb Albert Award in the Arts, and the Governor’s Arts Award. 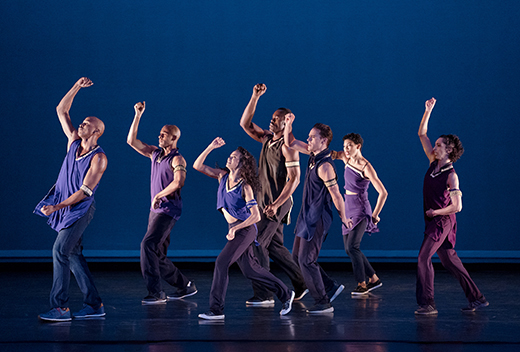 “Lazarus” is inspired by the life of Alvin Ailey and the struggles of the civil rights movement. Other works include Wayne McGregor’s “Kairos,” set to a reimagined “The Four Seasons” by composer Max Richter, and Ronald K. Brown’s “The Call.” The music, a mix of gospel and djembe beats infusing an atmospheric score by Darrin Ross, as with the movement, reference the slave trade and African diaspora. We are lead from African history through the Jim Crow era and into 1960 with the third and final act entitled, “Revelations,” a suite of spirituals expressing the trials of black people in America.

The costumes by Ves Harper and Mark Eric, and lighting by Nicola Cernovitch and James Clotfelter supported the gorgeous choreography and all worked seamlessly together to tell a spiritual and emotional story, creating a visually striking and very moving performance. “Lazarus” is the legacy of Alvin Ailey brilliantly preserved by Rennie Harris. 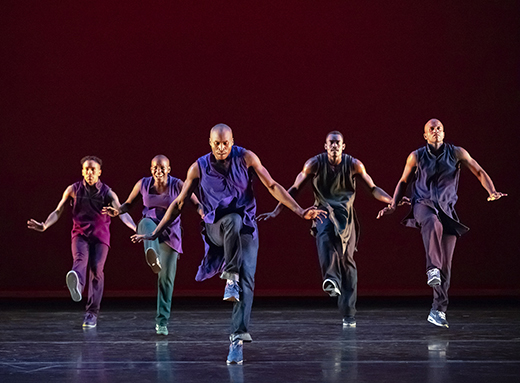 The dance party after the performance, held in a special banquet room was very fun; mingling, drinking champagne and eating delicious gourmet pizza. There was also a special vegan table with fabulous tasty dishes. The yummy bite sized desserts were a wonderful finish to a lovely evening, all while the DJ played rhythmic, pulsing beats for guests and Alvin Ailey dancers alike – what a special treat!!!