Skip to content
Review: “Aladdin and his Winter Wish”

“Aladdin and his Winter Wish” recently opened at the Pasadena Playhouse. Produced by 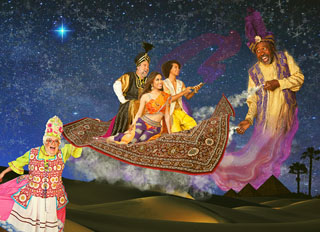 LythgoeFamily Productions and the Pasadena Playhouse, the show was fun and enjoyable.

The Opening Night Gala was a star studded event with guests that included Neil Patrick Harris and more. To begin the evening, all guests were invited to enjoy a winter wonderland in the The Playhouse’s Engemann Family courtyard, complete with holiday carolers, crafts, activities, games, delicious food and wine and a real live camel!

The play, an updated version of the Arabian Nights tale is done in the style of a traditional British family Panto, known for its interactive style and humor, that appeals to everyone ages 2 —102!

This was a real treat especially for the kids which made up a large portion of the audience. There was a live pony, a flying magic carpet which flew over the London Tower, the Leaning Tower of Pisa, the Pyramids and the Hollywood sign! 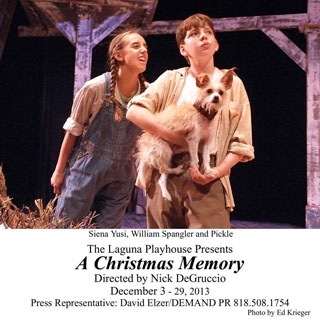 Pop music including hits from from Bruno Mars and Katy Perry made it very fun, contemporary and fresh. All the actors gave memorable performances and the dancing was top notch. Ben Vereen, a Broadway icon, was hilarious as the Genie; Jordan Fisher as Aladdin and Ashley Argota as the princess, sang beautifully together and also gave great performances. The finale even included real snow falling over the audience. And as we left the playhouse thru the courtyard, there was more snow descending from above – truly a magical night!