Skip to content
Pick of the Week…this FRIDAY, December 12, “HWĪT” Opens at the Loft at Liz’s!

Our Pick of the Week takes place this Friday, December 12. The Loft at Liz’s presents it’s December group exhibition titled “HWĪT.” See my Huffington Post article about the big event. And you know this is going to be a GREAT Art Party!

The name, (an old English 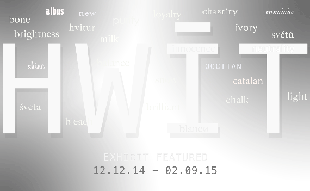 /Germanic word for white), was conceived by gallery director. Randi Kreeft and is a subtle nod to celebrate the season. Curated by gallery owner, Liz Gordon, “HWĪT” features several mediums from seven artists paying homage to the color white. I am a big fan of Liz Gordon and her gallery. She is a warm and generous soul, which is not always synonymous with being a gallery owner.

The Loft at Liz’s has offered some exceptional exhibitions throughout the years as well as art talks and workshops. The most recent exhibit featured the work of renowned artist Laddie John Dill curated by Kreeft. Each year, fans of the gallery have come to anticipate other annual themed shows such as “Diverted Destruction” as well as another annual photography show in April in conjunction with MOPLA.

Gordon said that she looks for original artworks that draw in the viewer. Since many of the shows feature multiple artists, she explained she has to take into consideration the entire exhibition and how it will fit within the gallery. For the December show, each artist has created work with White as the predominant component. The gallerist said she looks for artists who have a unique voice and are truly committed to their art. She also cited originality and technical execution as other important factors when choosing art.

Any artist that has had the good fortune of exhibiting at the Loft at Liz will tell you what a great person Liz Gordon is. “Liz is full of energy and ideas. She gets more accomplished in one day than other people might in a week,” said J.J. L’Heurex (who will be featured in the upcoming show).

rtist J.J. L’Heureux will offer a nine-foot photograph taken on one of her Antarctic expeditions as well as four paintings from her Bergy Bit series.

Since 2000, L’Heureux has been crisscrossing the globe on many photography expeditions. She recently returned from Alaska: Barrow and the Pribilof Islands in the Bering Sea. In fact, she will not be attending the opening reception since she will be on her fourteenth journey to Antarctica. This is what inspires her to create her Bergy Bits (as she has dubbed the paintings from her Bergy Bit series). “I have memories of how the ocean looked and felt.” Her memories of the beauty of the glaciers inspired her paintings. 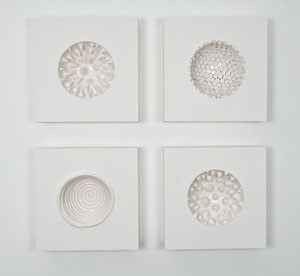 A perfect addition to this group show…

Elizabeth Orleans will be offering several big installations for “HWĪT.”

Orleans will be showing a total of twelve pieces. One of the walls of the gallery had to be cut to install the Ladder Two artwork.

Orleans said she just finished her installation at the gallery…”It was a lot of work but it looks like a great show! Her (Liz’s) antique hardware store is fantastic and her gallery program keeps getting better and more well known over time and is a cool space.”

Stuart Kusher has been creating art his entire life. While working in other mediums Such as drawing, painting, sculpture had always been a mainstay for the artist.

A self taught sculptor, he does n 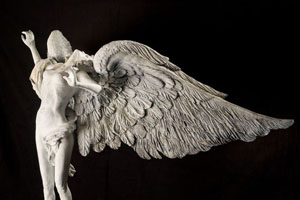 ot use models but said he prefers to allow the art to evolve. He said it all comes down to “reading into the shadows and the clay and struggling until I identify with an idea.”

Kusher has been included in previous group shows at the gallery. “Liz truly cares about artists and believes in the work she exhibits,” remarked Kusher.His work will be featured in a solo museum show at MOAH in 2015. http://www.stuartkusher.com/

Natalie Arnoldi, daughter to Charles Arnoldi and a talented artist in her own right will be exhibiting five works in the show…two oils paintings and thee gouaches.

I recently had the chance to see some 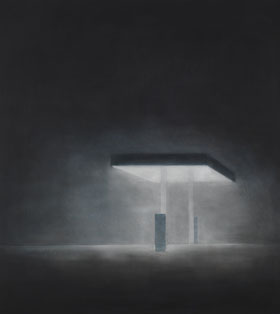 of Arnoldi’s work in person at the Upstairs Gallery at Hal’s in Venice…beautiful noir inspired work. I’m looking forward to seeing more at Liz’s.

Arnoldi explained that she was receiving a wide range of reactions…from serene to disturbing, and that it was “a testament to what I try to accomplish in my work: to create a piece of art which, by engaging the viewer, becomes a reflection of personal allegories and emotions that is totally unique for each person.” http://www.nataliearnoldi.com/

Expect an original bit of performance art from Amy Kaps with Unraveled (in White). Kaps will unravel over 1700 feet of flagging tape from her body. She just performed a version of this titled Unraveled (in Aqua) at the Aqua Art Miami Fair. 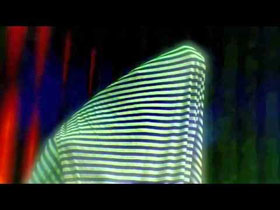 “Liz is fantastic. Totally engaged in the art and the artist,” said the performance artist. “The space will be a bit of a challenge with all the steps but it will be fun.” http://amykaps.com/