Our Pick of the Week starts Thurs

day January 29, with an opening event and runs through Sunday, February 1.

Art Los Angeles Contemporary celebrates its sixth year and will be held at the Barker Hangar in Santa Monica.

ALAC will host a roster of over 70 leading and emerging galleries from around the world who will present dynamic new works from their represented artists. The fair will feature a rigorous program of talks, curated video screenings and the release of the first edition of the Art Los Angeles Reader, a printed newspaper featuring art criticism, interviews, and work by esteemed curators, writers, and artists.

Los Angeles gallery,  M+B will present LCDs, a new body of work by Matthew Brandt. These new lightboxes are inspired by our cultural consumption of information through LCD screens—computers, phones, tablets, televisions—and the illusion of interconnectivity they provide by masquerading as public spaces and democratizing platforms for receiving information.

Alongside the fair’s returning exhibitors such as David Kordansky Gallery, 1301PE, Altman Siegel, and STANDARD (OSLO), ALAC is pleased to welcome a number of first time exhibitors: Johann König, Berlin, will show a selection of artists including Berlin-­‐based Jeppe Hein, whose works are part of several institutional collections such as Tate Gallery, London, and Centre Pompidou, Paris. Carl Freedman Gallery, London, will be presenting new painted plaster and canvas sculptures of oversized edibles by Jessie Flood-­‐Paddock, continuing her exploration of popular food culture, as well as new figurative paintings by Ivan Seal made in direct response to Flood-­‐Paddock’s work. i8 Gallery, Reykjavik, will bring a presentation of Icelandic and international conceptual contemporary artists including Ragnar Kjartansson, Olafur Eliasson, and Alicja Kwade. 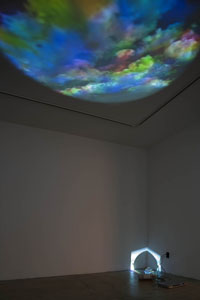 In addition, the fair hosts a comprehensive programming series, including world class artist talks, museum curator led panel discussions, and film screening and performance series. Special events are staged on site at the art fair as well as throughout the city in satellite locations. Home to internationally renowned museums, leading art schools, hundreds of contemporary galleries, and a prodigious number of practicing artists, Los Angeles serves as the perfect landscape for a progressive, international contemporary art fair. 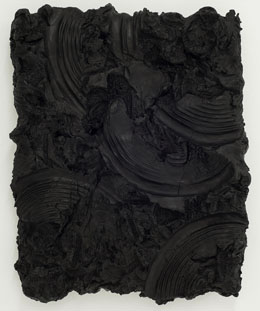 Click here to purchase advance tickets online. Tickets range from $22 per day or $30 for a weekend pass. Be Sure to check the website. Tickets will also be available at the box office through the duration of the fair weekend.