Skip to content
Pick of the Week is the Grand Opening of the Aran Cravey Gallery, this Saturday! 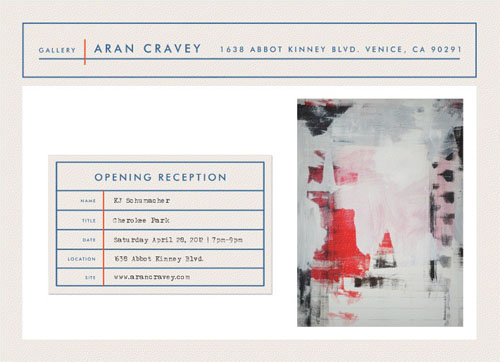 Now for the Pick of the Week!!!  There’s a new gallery in Venice and the Grand Opening is this Saturday, May 28th….Aran Cravey Gallery is pleased to present the debut exhibition of artist KJ Schumacher’s new series of paintings, Cherokee Park.

Steeped with a profound sense of tradition, Schumacher’s recent works draw inspiration from Richard Diebenkorn’s iconic Ocean Park Series. Though, as the artist points out, the influence derives less from a stylistic relation, than it does from an admiration for Diebenkorn’s bold artistic transitions. 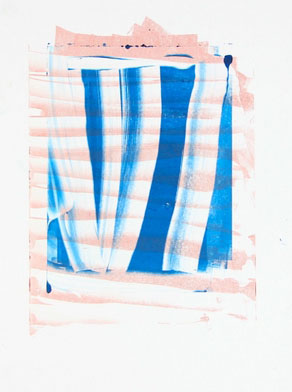 macher, like Diebenkorn earned a formal education in both the history and classical training of fine arts. In the studied discipline of the studio practice, Schumacher formed an earnest respect for the preliminary preparation and fundamental elements of the painting process. In his new series of work, he builds upon his strong formal foundation, using the structured matrix of the composition as a point of departure. These works signal a stylistic leap for the artist as the objective constructs of representationalism become the very objects of presentation.“This work is about mark making and the studio process. Moreover, it is about the marks left over as a result of the studio process, the remnants,” states Schumacher.

After moving his studio to Cherokee Park, a historic residential section of Nashville, Schumacher found a new perspective on painting’s fundamental elements. Ground, Line and Mark became the focus of an entirely new series to which he gave the name Cherokee Park, numbering them chronologically as Diebenkorn had done with his new series of works inspired by a studio move to the Ocean Park area of Santa Monica, California. 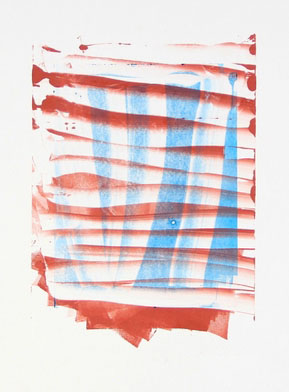 The intentionality with which Schumacher recognizes and then exploits the studio process sets up a duality between accident and intention that allows for new elemental arrangements. The hierarchal order of gesture is flattened and the drip, scrape and smudge become level with the brush stroke. From the early works on paper (CP 20-28), the chalk line and ruled matrix emerge as central motifs and evolve throughout the series, creating a metaphor for structure both in and out of the studio.

Structural implementation plays the worthy adversary in Schumacher’s new body of work. Whether, it is “Ground, Line, Mark” or “Gentleman, Scholar, Athlete,” Schumacher manipulates the confines of the construct, disrupting its authoritative hierarchy, while still maintaining the formal appeal, thus, producing a visual dynamic, which is as menacing as it is meticulous.

KJ Schumacher (b.1978) was born in Nashville, where he now lives and works. He studied Art History, Fine Arts and Painting at Parsons School of Design in Paris and was awarded the Presidential Arts Scholarship from George Washington University in Washington D.C., where he graduated in 2001 with a Bachelor of Arts. 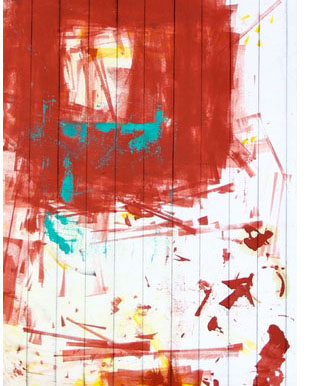 Schumacher’s work is included in prominent collections throughout the southeast and has been exhibited in solo and groups shows in Nashville, Atlanta, London and New York. He is a professor of Fine Art at the prestigious Montgomery Bell Academy in Nashville. He is married to Erin Schumacher and is the father of their new baby girl, Amelia.