The Beverly Hills artSHOW will hold its FREE spring event on Saturday and Sunday, May 20 and 21, from 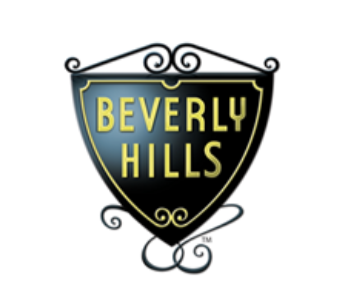 The Beverly Hills artSHOW, now in its 44th year, brings art enthusiasts together from all over Southern California and beyond. Artists come from Los Angeles, the Southwest, and the rest of the United States to introduce and sell their work in the garden heart of Beverly Hills. Artwork covers a dozen media, including Painting, Sculpture, Ceramics, Digital Media, Drawing, Printmaking, Glass, two and three-dimensional Mixed-Media, Painting, Photography, Sculpture and Watercolor.

Featured artists include those whose work represents Flight, and in some cases, Flights of Fancy.• Jean-christophe Dick, airplane pilot and aerial photographer, captures soaring visions of urban spaces, as does painter Bert Esenherz-Hewener, who paints blueprint-like vistas of a mythical urban city.
• Oil painter David Palmer catches hummingbirds in flight, along with a sensationally idealized atmosphere, in both his Hummingbird and Biosphere series. His skies are made of many heavenly shades of blue and aqua.• Sondra Wampler, a mixed media artist from New Mexico, creates large surrealistic landscapes of women and animals in gorgeous, fanciful settings.

• Desarae Lee, a printmaker from Salt Lake City, whose drawings are slightly reminiscent of Edward Gorey, also portrays animals, people, and people-like animals. Circus performers, along with other mercurial, often airborne creatures, grace her work.• For a short video click here:
• Additionally, Demonstrating plein air artists will include John Kilduff, Carol Steinberg, and newcomer Lisa Baldwin. Other demonstrators will include mixed media artist Seda Saar and jeweler Deidre Greene, who will both hold discussions of their work.
The show’s coordinator, Karen Fitch McLean, reported that over 240 artists have been juried into this spring’s event in various categories; two-dimensional categories are the largest component of the show, especially painting and two-dimensional mixed media. Artists are available to discuss their work during the weekend, which Fitch McLean sees as one of the show’s primary joys, due to the artists’ knowledge of and zest for art-making.

Category awards and major show awards, including the Mayor’s Purchase Award, Best of Show and Most Original Work, will be announced in a Sunday afternoon ceremony, at the show’s center, in front of the Lily Pond. In addition to exciting art, guests can enjoy live entertainment, children and family art projects, a diverse array of food trucks, the Wine & Dine garden, and the Beer & Brat garden at this free, fun event. Convenient, inexpensive parking is located directly across from the show grounds. 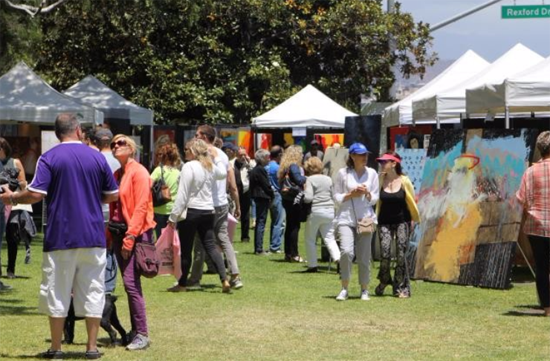 This is a FREE Event

What: Beverly Hills artSHOW
Where: Along Santa Monica Boulevard from Rodeo Drive to Rexford
When: 10am to 6pm
Phone: (310) 285-683
Website: http://www.beverlyhills.org/artshowinfo