February 13-16, 2020, Felix LA is back for its second year at the Roosevelt Hotel. Co-founded by Dean Valentine and brothers Al Morán and Mills Morán, William J. Simmons has been chosen as the Curator of Special Projects this year. Simmons, who received his BA in art history and LGBTQ studies at Harvard University, will highlight themes of gender, queerness, and feminism for Felix LA 2020. This art fair was included in my wrap-up review of the inaugural Art Week Los Angeles which took place last year. CLICK HERE TO READ. 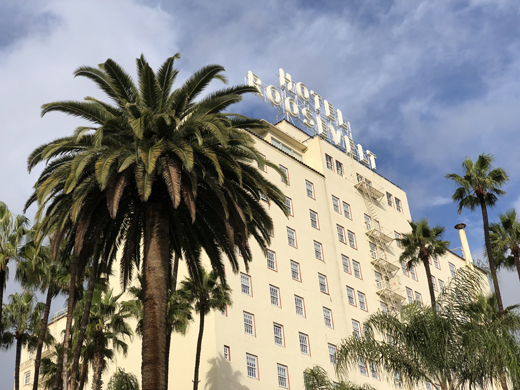 The site-specific projects, which range from installations and paintings to video and performance, will be installed throughout the hallways, ballrooms, bungalows, and lobbies of the Hollywood Roosevelt Hotel. The fair will host a diverse selection of 60 exhibitors from across the globe, including galleries from China, Germany, Ireland, Italy, Mexico, Poland, and the United Kingdom. Project highlights include a selection of works by artist Judy Chicago chosen by Jill Soloway; Bettty Tompkins’s Women Words series, which depicts phrases commonly used to describe women; Martha Wilson’s works, Makeover: Melania and Mona/Martha/Marge, in which Wilson transforms herself into well-known public figures; Eve Fowler’s text-based works that foreground queer-feminist poetics; and a unique installation by Luis Flores on the chandelier in the Hollywood Roosevelt lobby.

“I’m honored to be working with Felix LA. I see this year’s Special Projects as a continuation of my successful collaboration with Al and Mills Morán on the landmark exhibition Queer Fantasy at their gallery in 2014,” said Felix LA Curator of Special Projects William J. Simmons. In turn, Felix co-founders Dean Valentine, Mills Morán and Al Morán responded,“We are excited to have William on board leading our Special Projects sector at Felix. William has assembled an incredible group of artists from various backgrounds and different generations, and these projects feel like a celebration of William’s rich history and knowledge of diversity and identity in art. His vision was crystal clear from the beginning, and we’re looking forward to seeing how the site specific works will transform the public spaces of the hotel for visiting patrons.”