Skip to content
Fall Exhibitions at the Hammer Museum!

The Hammer Museum offers its fall exhibitions UH-OH: Frances Stark 1991-2015 and The Idea of North: The Paintings of Lawren Harris. 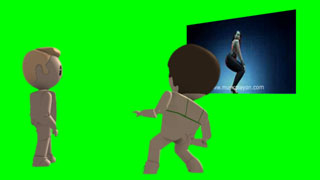 UH-OH: Frances Stark 1991-2015 will be the most comprehensive midcareer survey of the work of the Los Angeles–based artist and writer to date, featuring 125 drawings, collages, paintings, and video installations. Frances Stark (b. 1967 Newport Beach, CA), a key figure in the Los Angeles art community, has shown her work widely throughout the United States and Europe and is in frequent dialogue with many of her peers in the U.K. and Germany. For more than two decades she has been making poetic and poignant compositions combining text and imagery, exploring a wide variety of subjects, including writing, procrastination, the banality of life, failure, success, pride, self-doubt, motherhood, pedagogy, institutional critique, class, music, literature, poetry, philosophy, art, sadness, and relationships. The exhibition will track her 25-year career from early carbon drawings to intricate collages and mixed-media paintings to the more recent work, which includes PowerPoint slide shows, video, performance, and Instagram photographs. Words and images are at the heart of her practice, and like a lyricist, Stark employs both to create provocative and self-reflexive works that pose universal questions.

UH-OH: Frances Stark 1991-2015 is organized by the Hammer Museum and curated by Ali Subotnick, curator, with Emily Gonzalez-Jarrett, curatorial associate. For more info about this exhibition, CLICK HERE.

The Hammer Museum and the Art Gallery of Ontario are partnering on the first major exhibition of paintings by Canadian artist Lawren Harris to be presented in the United States. Though largely unknown in the U.S., Lawren Harris (1885–1970) was a pioneering modernist and a leading figure in defining Canadian art in the twentieth century. The exhibition will include over thirty major paintings from the most significant period of the artist’s career—the idealized northern landscapes of the 1920s and early 1930s—and will draw from the Art Gallery of Ontario’s substantial holdings of paintings by Harris, the Thomson Collection at the AGO, as well as from major public collections across Canada including the National Gallery of Canada and the McMichael Collection. 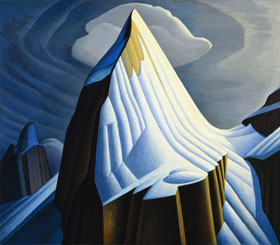 Harris’s sparse iconic landscapes of the north shore of Lake Superior, of the Rocky Mountains, and of the Eastern Arctic remain haunting and clear statements of an individual striving to go beyond the surface to a more profound reality. The goal of the exhibition is to present, in a focused way, a distinctive painter who should be considered a leading artist of his time beyond Canada. Harris was not a provincial echo but an innovator on par with the likes of Marsden Hartley, Edward Hopper, and Georgia O’Keeffe. He was an informed modern artist who made a lasting contribution during a critical moment when art in North America was emerging from regionalism and nationalism. Introducing such a fully formed artist to a new audience is a singular challenge and an engaging puzzle.

The Idea of North: The Paintings of Lawren Harris is co-organized by the Art Gallery of Ontario, Toronto, and the Hammer Museum, Los Angeles, and curated by Steve Martin in collaboration with Cynthia Burlingham, Deputy Director, Curatorial Affairs, Hammer Museum, and Andrew Hunter, Fredrik S. Eaton Curator, Canadian Art, Art Gallery of Ontario. For more information about this exhibition CLICK HERE.

The museum is open every day, except Mondays, July 4, Thanksgiving, Christmas, and New Year’s Day.Support your local museums!  Become a Hammer member now!

What: Fall Exhibitions at the Hammer Museum
Where: The Hammer Museum, 10899 Wilshire Blvd. (NE corner of Westwood and Wilshire)
Website: http://www.hammer.ucla.edu