Skip to content
Event Review: “Stand Up for Beyond Baroque”

Beyond Baroque Literary Arts Center put on a rousing evening of comedy on January 21 at the Hotel Erwin in Venice as a fundraiser to help pay for very needed and high priority repair to their building’s roof. “Stand Up for Beyond Baroque” was hosted by Eve Brandstein with an impressive line-up of comedians, storytellers, and musicians. Richard Modiano, Director of Beyond Baroque, expressed his appreciation for all the support and welcomed the audience, who, before the show began were interacting with each other in what felt like a family reunion.

First, a bit about Beyond Baroque —-
Beyond Baroque is a non-profit poetry and literary arts center with a national reputation for attracting, showcasing and advocating for poets and writers. It has played a significant role in helping Los Angeles become an international arts capital, and has helped to make Venice and Los Angeles a cultural destination.

Located in the old City Hall building in Venice, Beyond Baroque has been the neighborhood’s literary center since 1968, housing more than 40,000 art, literary and poetry books, broadsides, newspapers, and zines and hosting readings, workshops and performances by Venice, Los Angeles, and Southern California writers and artists.. During recent rains, the bookstore’s roof suffered leaks that damaged some of its materials. “It’s crucial that the work be protected from the elements,” says Beyond Baroque Assistant Director Carlye Archibeque, who along with a team of dedicated volunteers, organized and coordinated the event.

Dylan Brody
One of America’s leading humorists and storytellers who enthralls his audience with literate and literary insight. He currently writes and performs regularly for the David Feldman show on KPFK (Pacifica Radio) in Los Angeles With five CDs out on the Stand Up! Records label and a new deal with Rooftop Comedy for the release of his solo show MORE ARTS/LESS MARTIAL.

Eric Schwartz
Award winning singer, songwriter, performer, satirist, mult-instrumentalist and entertainer. Eric’s songs go from the political to the profane, sometimes both. His latest release is “The Better Man.”

Rick Overton
As a 40 year comedy veteran, Rick has starred in numerous HBO and Showtime specials and has had countless TV stand up appearances and has appeared in numerous films. He played The Drake on “Seinfeld” and Pam’s Dad on “The Office.” He currently recurs on Adult Swim’s “Children Hospital,” ABC’s “Last Man Standing,” TNT’s “Leverage” and recently guest starred on “The League,” “The Middle,” “The Kroll Show,” and “Newsreaders”. Rick is currently a semi-regular contributor to the Huffington Post and hosts a popular podcast called “Overview” that is available on iTunes.

Courtesy of Beyond Baroque, Rick Overton and Talia Harari 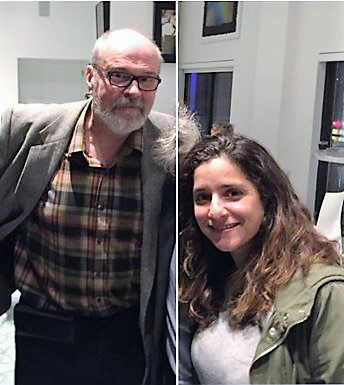 Talia Harari
From Tel Avi to Fort Lauderdale to Los Angeles, Talia is a comedian and reality and documentary programming producer. https://twitter.com/taliahara

David Zasloff
David is a stand-up comedian/multi-instrumentalist – vocalist and has written two books, “The Complete Book Of Everything, Part I” and his autobiography is called, “The Joy of Suffering.”

Tamer Kattan
Egyptian-born American was born into a family of Muslims, Christians and Jews, leaving him incredibly comfortable in the uncomfortable. An award winning international comedian with TV and commercial credits in the United States and UK, Tamer has a deep understanding of the human condition. A regular at the Comedy Store, Improv and Laugh Factory in Los Angeles.

Jann Karman
Released two successful comedy albums — Live at the Blue Loon and Same Guy, Different Shirt and when scheduling permits, performs her critically acclaimed solo play Reclining Nude on La Cienega in Los Angeles theaters. She’s also written a book based on Reclining Nude’s theme: a contemporary woman’s struggle to find peace and authenticity (and maybe a man who knows how properly to use a fork) amid life’s chaos. 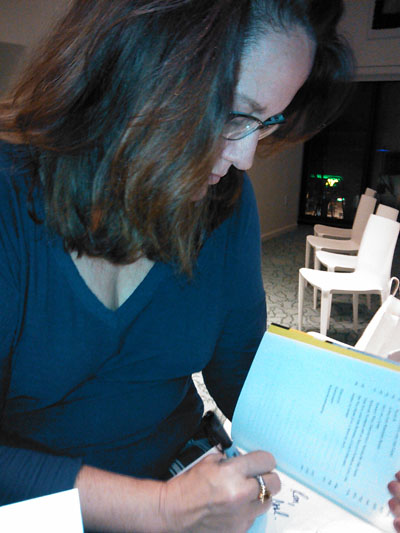 Kelly Carlin
Her memoir “A Carlin Home Companion: Growing Up with George” is available from St. Martin’s Press. She currently hosts a monthly SiriusXM radio show The Kelly Carlin Show, which spotlights her conversations with iconic comedians, and a weekly podcast “Waking from the American Dream” at smodcast.com

Eve Brandstein
One of Hollywood’s most prodigious workers, Eve has made contributions to nearly every facet of the entertainment industry. In addition to being a poet, Eve Brandstein has been a major studio and network executive, a producer, a film and theater director, writer/creator, and casting director. She is also an artist, psychotherapist, teacher and workshop facilitator, who has led writing and performance groups. She is also the producer of the celebrated reading series – Poetry In Motion, launched in 1988, which is presently a bi-coastal monthly series at Beyond Baroque in Venice and various venues in New York City.

You can offer your support and donations to Beyond Baroque by going to: http://www.beyondbaroque.org/support.html