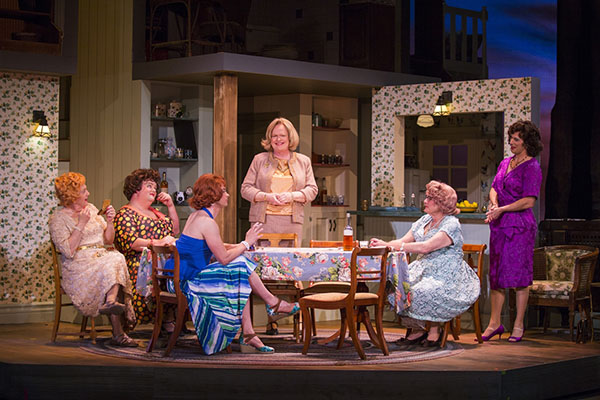 Based on a true story, taking place in 1962 around the Dirty Dancing era, CASA VALENTINA is a little bungalow neatly tucked away at a colony in the Catskills, offering a haven for heterosexual men who want to be free to express themselves as their inner girls. At CASA VALENTINA, they can dress in their favorite dresses, lingerie and shoes and wear jewelry, makeup and wigs without judgment, and feel free among their peers in this loving, accepting cross-dressing community. There is a sense of camaraderie among this topnotch cast who all give heartfelt performances. As the story unfolds, we learn of a political scandal and event that will change everyone’s lives. CASA VALENTINA is funny, tragic, dramatic, surprising and compelling as we learn of this clandestine world, and are forced to think about questions of identity, love, fidelity and commitment.

In addition to the play, I loved the glamour, the fabulous costume design by Kate Bergh and the incredible stage and scenic design by Tom Ruderwitz – as the viewer, we get to see the entire house as each scene is occurring – rotating as sort of a voyeuristic doll-house for us to peer into. 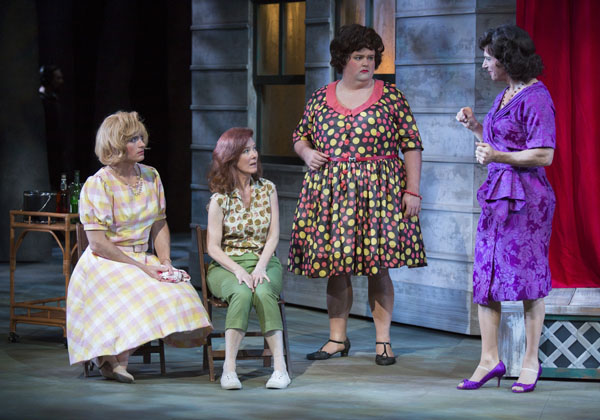