Skip to content
Complexions Contemporary Ballet at The Music Center 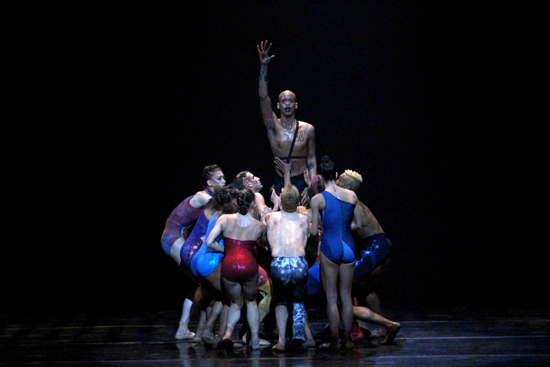 In Art 1 “Bach 25”, the company, clad in flesh colored costumes entered and exited the stage muscularly moving to a series of pieces by Johann Sebastian Bach that featured an extended solo by Desmond Richardson, who is also Complexion’s Co-Founding Artistic and Executive Director.

Each scene brought forth strong duets that explored the chemistry within loving relationships in all their harmony and discord. The black stage background and focused lighting on the dancers created a shadowy and misty atmosphere that evoked, to me, the photographic images of Eadweard Muybridge, who captured a visual compendium of human movements for the use of artists and scientists. 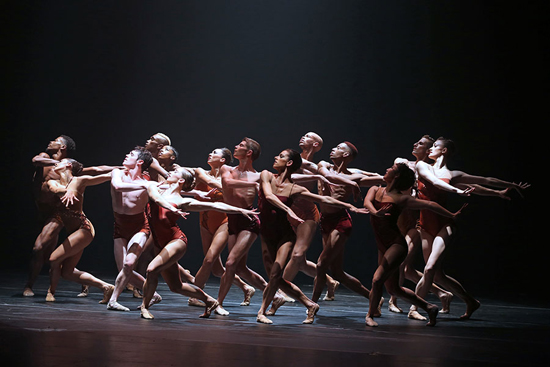 In Act 2, “Stardust,” the curtain opened to the intense lighting often used to introduce a headlining entertainer that set the stage for a delightful energy-infused homage to the music of David Bowie with glam rock-inspired costumes by Christine Darch. The company brought to life an arrangement of Bowie’s creative incarnations through nine songs. The story-line, if you will, began with Bowie’s last single, the 2016 Lazarus with the lyrics “Look up here, I’m in heaven” and then featured iconic songs mostly from the 1970’s including “Changes,” “Life on Mars,” “Space Oddity,” “1984,” “Heroes,” “Modern Love (1983),” “Rock and Roll Suicide,” and a finale of “Young Americans.”

The dancers performed mostly in ensemble including a couple chorus line moments and crowd pleasing exhibitions of moving statuesquely across stage on pointe. The “stage show” quality of the work had individual dancers lip-synch song lyrics, which was a bit of a distraction from the main choreographed action, especially when the dancer moved to act out at a far side of the stage. 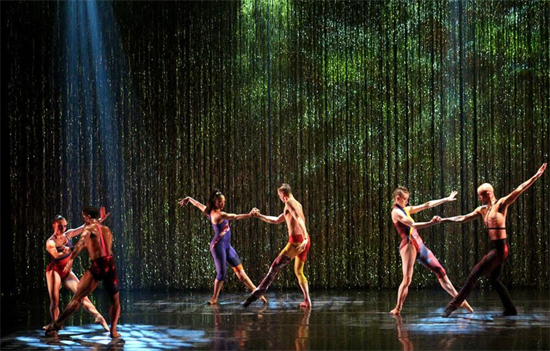 Stardust is the first installment of what is planned to become a full evening length ballet tribute to the innovative styling and personas of David Bowie in what is deemed to be a rock opera style production. Glorya Kaufman presents Dance at the Music Center concludes its season in July with La Bayadère performed by American Ballet Theater. Pjotos courtesy of the Music Center.