bG Gallery presents “Looking Glass,” a group exhibition. Gallerist Om Bleicher said he was subliminally inspired by the release of the new Tim Burton film and wanted to celebrate surrealism in his next exhibition. The exhibition will remain on view through June 12, 2016. 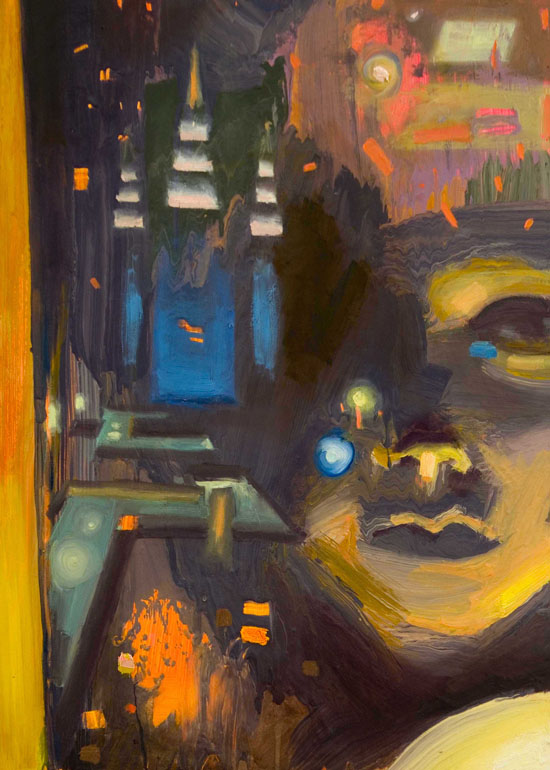 “I had the idea for a surreal show and the words Looking Glass popped into my head,” said Om Bleicher, gallery director and co-owner of bG Ballery. “Driving home after the show had formed I noticed a billboard for the new Tim Burton Alice and Wonderland Through the Looking Glass movie and realized it must have subconsciously slipped in.”

One of the artists participating is Ty Cummings (who will be featuring four works in the show). “I’ve noticed changes in my work recently and over time; there are always new things I want to incorporate into the work. The concepts build off of each other and the story keeps moving,” said the artist. Cummings paints everyday very often, finding inspiration in his surroundings. “My current work feels like a new series because my approach is bringing in some different processes, materials, visuals and concepts,” explained Cummings. “The last several paintings were linked together in many ways. It’s all part of a metanarrative.” http://www.tycummings.com

Cummings is a versatile artist and has exhibited his work in galleries, open studios and pop-ups. Venues include HIVE Gallery, SMAS, LACDA and the Downtown Playground He has also sold his art on both the Venice Boardwalk and the streets of New York and participated in the Brewery Art Walk and the Venice Art Walk. He has collaborated on various art projects and has also owned and operated his own art space in Los Angeles. 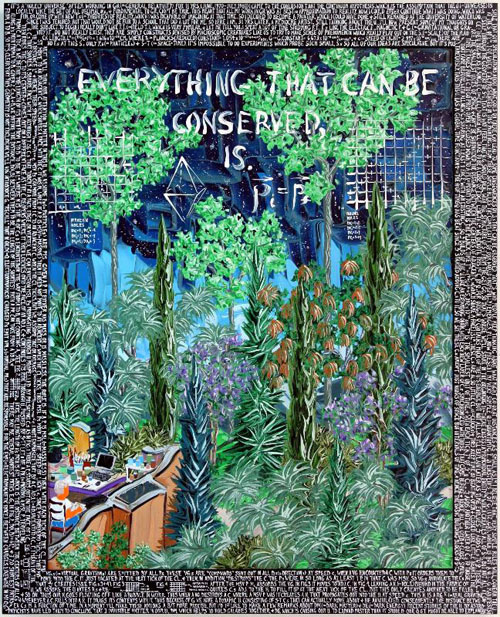 “I think that Om is a genius when it comes to curating exhibitions, said Gregory W. Horndeski. “He has an uncanny knack for thinking up show topics. Then he always finds appropriate work, and a way to exhibit those pieces in a compelling manner.” Horndeski has exhibited his work several times at bG Gallery.

“This piece was executed using my usual technique, which involves painting with knives and very fluid acrylic paint. As a result the painting has a rich microscopic structure, much like the universe, which it deals with.”

Los Angeles native Cory Sewelson, earned a Bachelor of Fine Arts degree from California State University, Northridge in 1977. Much of his past has shaped his art…including a prior career as a designer of theme parks. He will be exhibiting work from his Fun House series, which was inspired from that time. 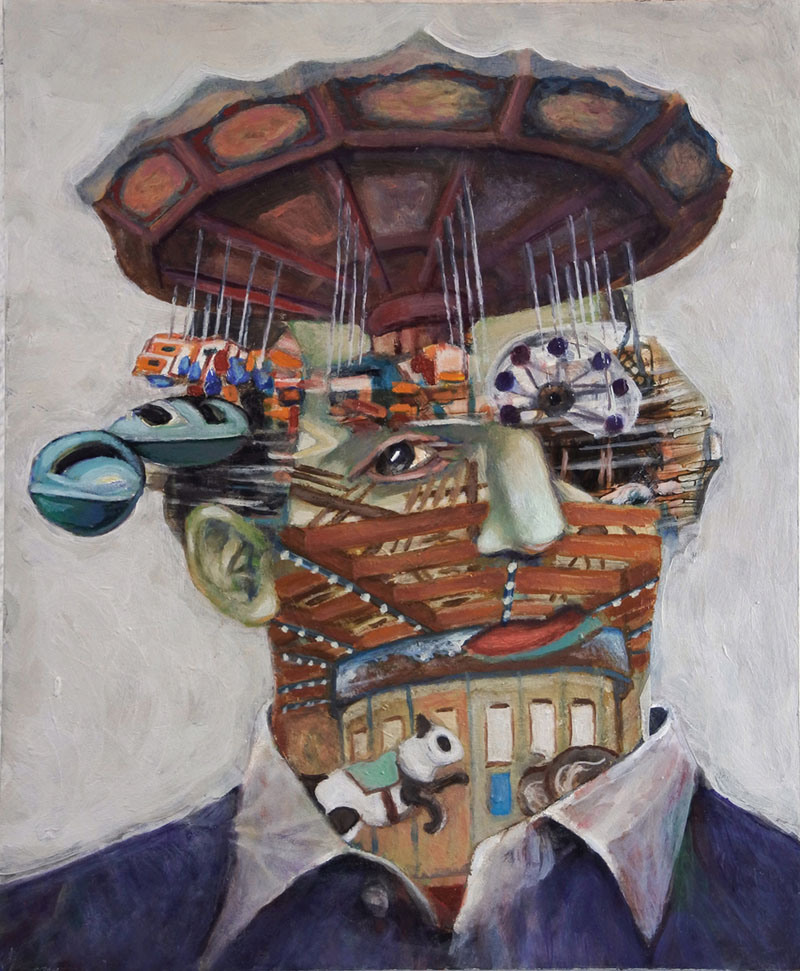 Sewelson explained, “My painting, Big Top, is a surrealist-style mash-up of elements from these parks done as a kind of portrait that questions the boundaries of place and identity.”

Nathan Cartwright, owner of HIVE Gallery is also a talented artist in his own right. As a curator, he was worked with Bleicher for over 13 years. His piece, “Air and the Cloud Dragon” is a wall-hanging sculpture, encompasses a micro-narrative representing the transformative nature of Air and the world encapsulated by it. 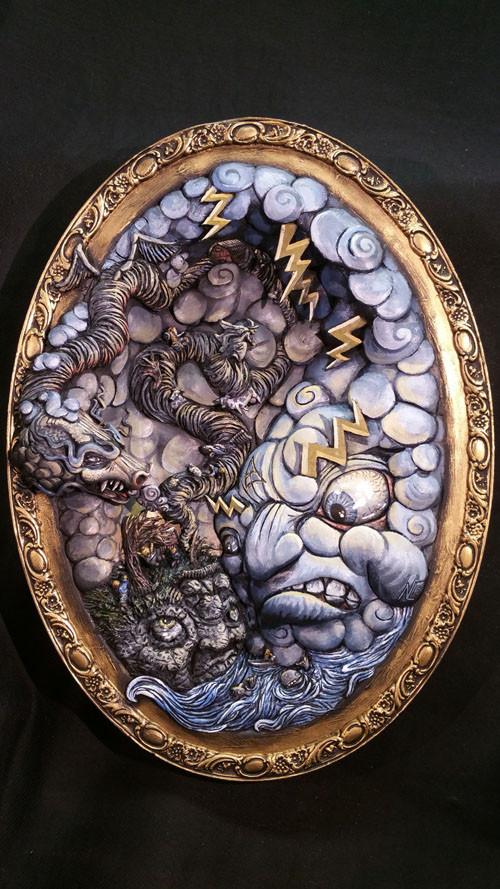 e explained that the element of air and how it changes so quickly is what inspired this piece. “The large cloud figure symbolizes Air and the tornado dragon is his weapon of war,” said Cartwright. “He picks up tractors and farms, and tosses and transforms them, much like a scene from the wizard of oz.” artwrightstudio.com
http://hivegallery.com

Save the Date – June 11, bG Gallery hosts the closing reception for “Looking Glass.”