The Skirball Cultural Center celebrates the iconic images that amplified one of the most influential cultural movements of the 1960s: “Black Is Beautiful” from April 11- September 1, 2019. Featuring over forty photographs of black women and men with natural hair and clothes that reclaimed their African roots, “Black Is Beautiful: The Photography of Kwame Brathwaite,” organized by Aperture Foundation, New York, is the first-ever major exhibition dedicated to this key figure of the second Harlem Renaissance. 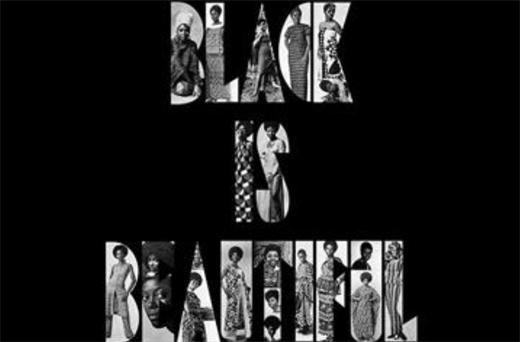 Inspired by the writings of activist and black nationalist Marcus Garvey, Brathwaite (b. 1938) combined his political vision with the medium of photography to effect social change. Along with his brother Elombe Brath (1936–2014), Brathwaite founded two organizations that were instrumental in realizing his vision: African Jazz-Art Society and Studios, a collective of artists, playwrights, designers, and dancers, in 1956; and Grandassa Models, a modeling agency for black women, in 1962. Working with AJASS and Grandassa Models, Brathwaite organized fashion shows featuring clothing designed by the models themselves, created stunning portraits of jazz luminaries, and captured behind-the-scenes photographs of the black arts community.

Throughout the 1960s, Brathwaite contributed photography to leading black publications such as the Amsterdam News, City Sun, and Daily Challenge. By the 1970s, Brathwaite was a leading concert photographer, helping to shape the images of major celebrities including Stevie Wonder, Bob Marley, James Brown, and Muhammad Ali. Brathwaite wrote about and photographed such landmark events as the Motown Revue at the Apollo in 1963, WattStax ’72 in 1972, the Jackson 5’s first trip to Africa in 1974, and the Festival in Zaire in 1974.

Today Brathwaite resides in New York City. He is married to Sikolo Brathwaite, a former Grandassa model whom he met through their work together. She continues to advocate for the empowerment of black women today. Their son, Kwame S. Brathwaite, is currently the director of the Kwame Brathwaite Archive in Pasadena, California. Brathwaite is represented by Philip Martin Gallery in Culver City, California.

Admission is $12 General / $9 Seniors, Full-Time Students, and Children over 12 / $7 Children 2–12 / FREE to Skirball Members and Children under 2 / FREE to all visitors on Thursdays; Tickets are available at the door beginning April 11, 2019; from 12- 5pm; No reservations; Visit the website for a full list of events, as well as hours and admission. Exhibitions are FREE on Thursdays.