One thing great about big cities….LA, NY….is the ever-changing restaurant scene. New, incredible, inventive and trendy dining spots pop up every other day. It’s a hard road for restaurants. Some truly wonderful ones fall to the wayside sometimes. So get out there and discover them quick kids. It’s up to us foodies to keep them alive.

Here are a few that are new to the Los Angeles Dining scene…..be sure to pop in and give your taste buds a treat!

In Los Feliz…HomeState or as listed on its website My HomeState…celebrates just that. 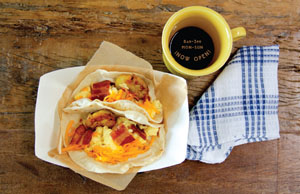 Owner Briana Valdez’s pays homage to the food from her home state of Texas. The restaurant showcases Tex-Mex dishe that she grew up with, which is a perfect fit for Los Angeles. Its a new breakfast and lunch cafe serving up some down home Tex-Mex dishes such as breakfast tacos, queso and frito pie, and more.

There’s a new hotspot in Koreatown called “The Bun Shop.” A natural progression from The Bun Truck….Chef James Seok stepped up his game and opened the new brick & mortar eatery in January 2014. Don’t worry, you can still get all those great tasting buns, but in addition Seok has added a whole new line…..featuring fried spam, pork belly and fried avocado for vegetarians.

Touted as a seafood restaurant, Salt Air in Venice is one more restaurant to take its turn at 1616 Abbot Kinney…Yes this location has been home to to many food establishments, so let’s keep our fingers crossed for this one. The dinner menu features raw and fried oysters as well as salmon, lobster rolls, and bouillabaise (fish stew) for two. However both steak and burgers share the page along with LA’s mandatory veggie burger. 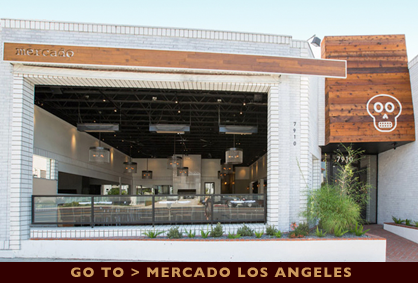 Chef Jose Acevedo and co-owner Jesse Gomez open a second location for Mercado in Beverly Grove. Offering traditional Mexican fare with an upscale flair, Mercado features dishes such as shrimp tacos, Carne Asada as well as a marinated skirt steak and more. The menu is much the same as the original Mercado in Santa Monica.

Cucumber jalapeño margaritas are a welcoming cocktail which only add to the trendy open-air feel of the place… complete with leather booths and fireplaces as well as a covered patio space.