Skip to content
Event Review: Coming Out Kinky: A Grown Up Story at Promenade Playhouse!

In the program notes to her one-woman performance “Coming Out Kinky: A Grown Up 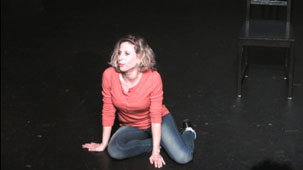 Story,” Jean Franzblau posits the question: “Why do I want to expose details of my sex life publicly?”

The light-hearted tone of the performance is set as she begins (and ends) the show by trying to respond to her mother about why she just broke up with her recent boyfriend. Throughout the 70-minute performance Jean describes and “acts out” her various sexual exploits with a sense of, at least after-the fact, the learning and development she gained. It felt as if we were invited into a “wonderland” as one experience makes her larger and one makes her small, and, to further quote the Jefferson Airplane’s “Go Ask Alice” lyric, “And if you go chasing rabbits… know you’re going to fall.. when the men on the chess board get up and tell you where to go.” 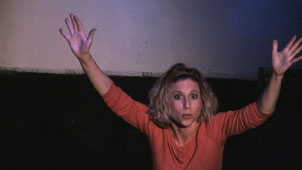 Though all about “sex”, the essence of the show is about personal and spiritual growth with those awakenings punctuated by the moments when Jean freely dances to her own heart-beat.

“Coming Out Kinky” is directed by Karen Aschenbach, with lighting design by Argent Lloyd and music by Eric Schwartz. A portion of the proceeds of the show support Sex-Positive World (www.sexpositiveworld.org), a non-profit organization dedicated to making the world a sexier, more touch-positive, heart-centered and connected place.