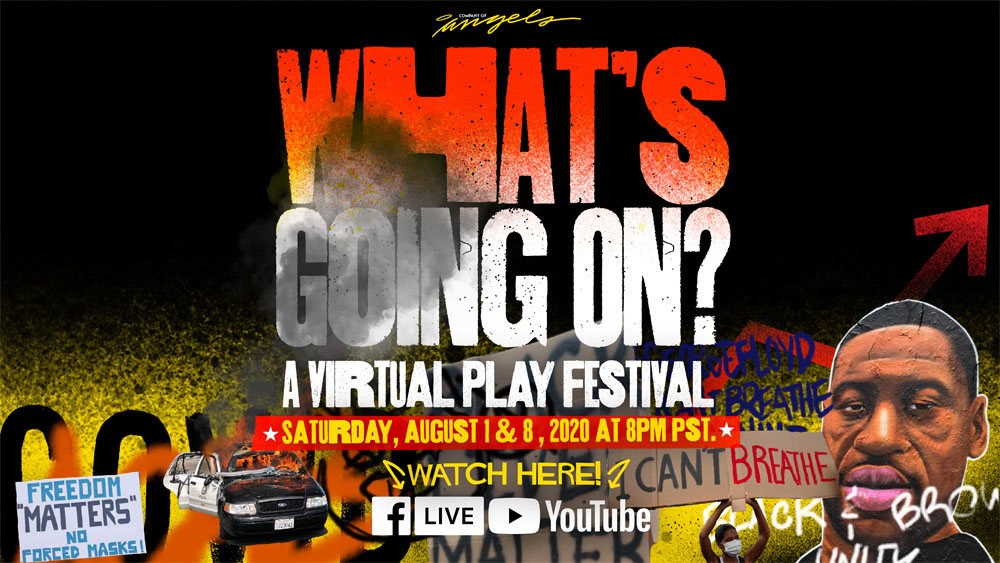 Inspired by Marvin Gaye’s 1970’s hit song, these 5-Minute Plays are set during the uprising in Los Angeles and the world that’s followed the murder of George Floyd by Police in Minneapolis, Minnesota. The unrest, like in 1992, has sparked widespread protests, looting, assault, and arson, all during a worldwide COVID-19 pandemic that has killed over 143,000 people in the UnitedStates alone.